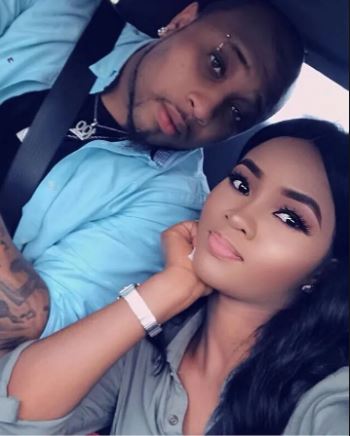 Nigerian singer and Davido’s cousin, B-Red has cautioned a follower who called his wife a baby mama.

The music star and his partner, Faith Johnson announced the arrival of their baby, Jordan Adeleke last year and it was believed that she was just going to end up being a baby mama to the singer. Faith responded to the rumours stating that she was married to the singer and not only his child’s mother.

T0day being the singer’s birthday, Faith took to social media to wish him a happy birthday and in the process called him her darling husband. A fan came into the comment section to mock her for calling him her husband when they aren’t married.  Faith replied that they are actually married and B-Red confirmed her claims by calling her his wife.

“She’s my wife,” singer Bred tells a follower hellbent on ‘downgrading’ his partner