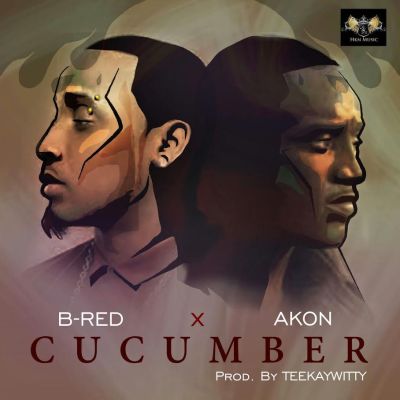 HKN Music’s frontline act – B Red unleashes his first international collaboration – ‘Cucumber’? which features international pop sensation ‘Akon‘ who has already shared his excitement towards this single on his Instagram page this morning..
‘Cucumber’ was produced by Teekay Witty & is definitely the most talked about single this year, As a lot has been said before its release today… The video has been shot in Atlanta.. and would be released in due time.
‘Cucumber’ is B Red’s 5th official single after ‘Twerk’ which featured Davido was released in January and has since then surpassed 1 million views on video streaming portal – YouTube.
B Red is poised to go on Tour to the UK with label mate – Davido in a few days.. But before then – Enjoy his highly anticipated single – ‘Cucumber’… Its a Guaranteed HIT