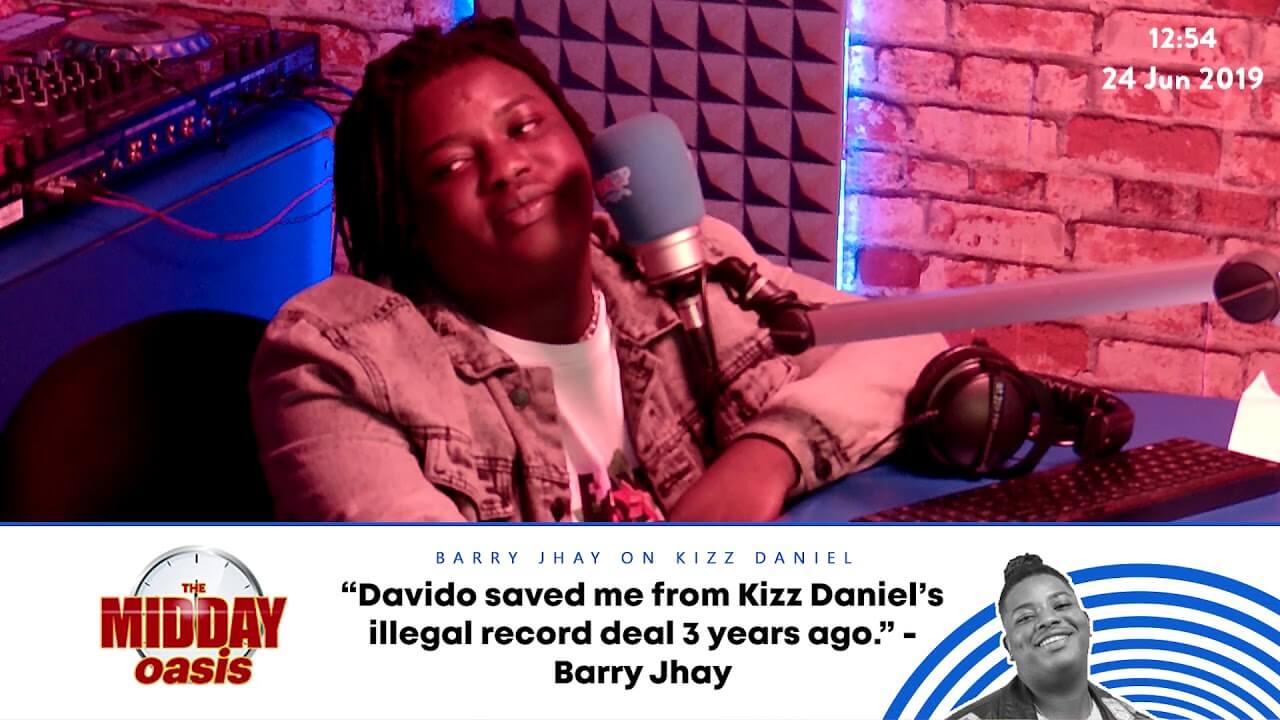 Fast rising up & coming singer, Barry Jhay, has revealed he was the first artiste that ever signed to kizz Daniel.

However, he revealed there is a sour to the taste of the recording deal as Kizz made him signed an illegal deal. In an interview he had with Dotun of CoolFM, Barry Jhay revealed he is the one who used his own hard-earned money to register Kizz Daniel’s record label; Flyboy INC.

He also revealed the deal he signed with Kizz sought to enslave him in the record label until Davido came to his rescue. He revealed it was the OBO who saved him from the deal and also thanked him for being a father figure to him.

He also revealed that he was supposed to sign to Davido’s DMW but got scared of the competition. He revealed a lot more in the interview.

Nifemi is a graduate of the University of Lagos. He's a unique user of the pen when it comes to the expression of whatever. He is editor-in-chief of the organization and also a writer of news, articles, editorials and a lot more to help expand the level of knowledge of the readers and simultaneously have them entertained. A lover of music and football is who he is and a Man Utd die-hard.
Submit your comment
7 total pingbacks on this post