Basketmouth Shares Why He Will Never Stop ‘Beefing’ Wizkid 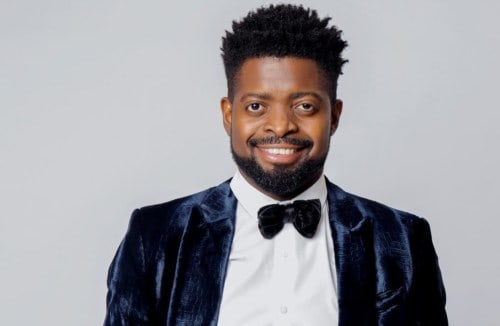 Nigerian comedian and actor, Bright Okpocha widely known as Basketmouth, has shared why he is in an imaginary feud with Wizkid.

According to him, his beef with Big Wiz has exceeded the level to be referred to as only beef, but a cattle ranch now.

Basket mouth said he is beefing him because Wizkid is always breaking new and crazy records. He asked his followers if Wizkid is the only artiste in the industry and if his beef with him is unjustified.

This news is coming hours after Soul train posted their nomination list on the website. Big Wiz received 5 nominations and also broke a new record with his ‘Made In Lagos’ album. 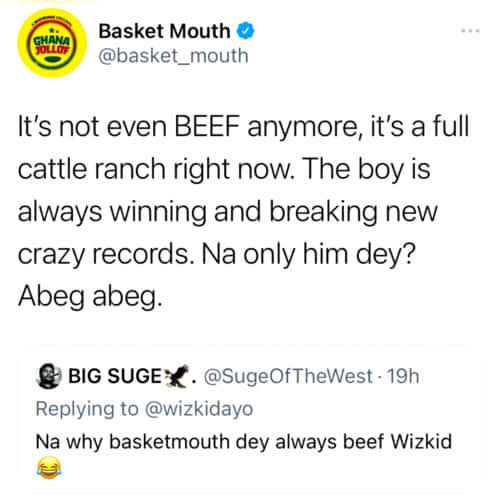 Fireboy Reveals His Hit Song ‘Peru’ Was Leaked By Olamide, Shares Why