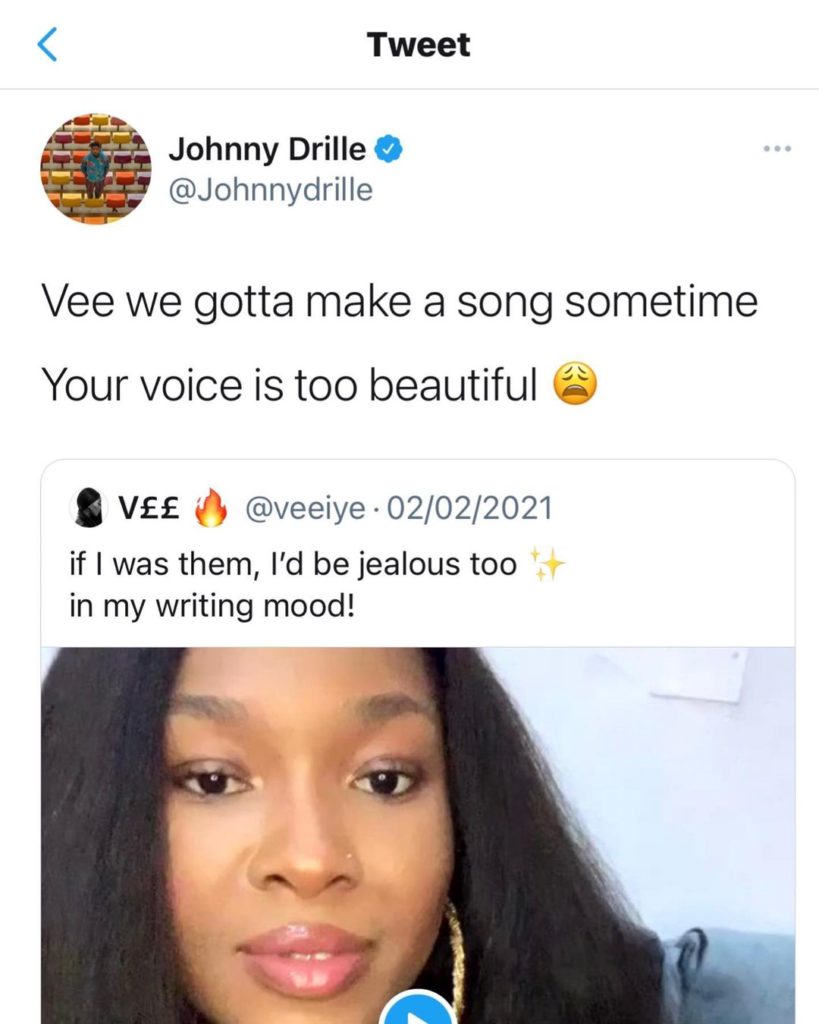 Ladies and Gentlemen! There’s finally a Vee and Johnny Collab on the way!

Following Vee’s debut song, Show, music lovers have been gushing over her incredible voice and excellent song writing skills. The song received massive recognition and eventually Vee got the accolades she deserved when Johnny Drille showered her with Praises.

You might recall Johnny Drille via Twitter seeking Vee’s permission for them to make good music. According to him, Vee’s voice was too beautiful to be left idle and rusty.

This morning, the 9th of August, 2021, the reality star and Johnny announced that they have finally linked up for a song. From Johnny’s tweet, he disclosed that they were making magic and fans should expect only the best.

While Johnny is still tight-lipped about the name of the song or it’s genre, we suspect it might be a duet. Something romantic from Johnny and sassy on Vee’s part.