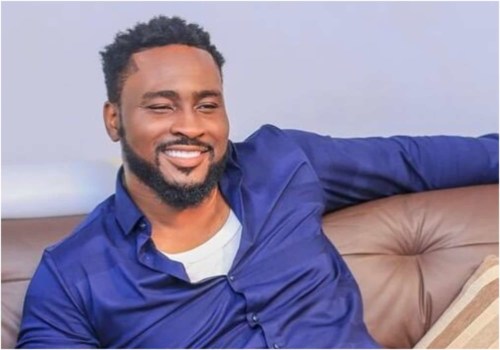 Pere’s Egbi’s team has released an official statement to counter Biggie’s decision to add a Twist to the final stages of the Big Brother Naija show.

According to them, Pere is supposed to be the rightful owner of the final slot on the finalist list and following yesterday’s event, it has thrown Pere’s fans off balance.

You will recall that Pere and Angel were earlier asked to leave the Big Brother Naija house and not the show. This left many confused as we did not know what to expect.

However, Ebuka did reveal that the duo is being held up in a room, where they would have to play a game that will determine if one of them gets to become a finalist or not.

Biggie has given clear instructions as to how the game should be played and the winner gets to go back into the house. Well, we already know what the gate of the loser will be. 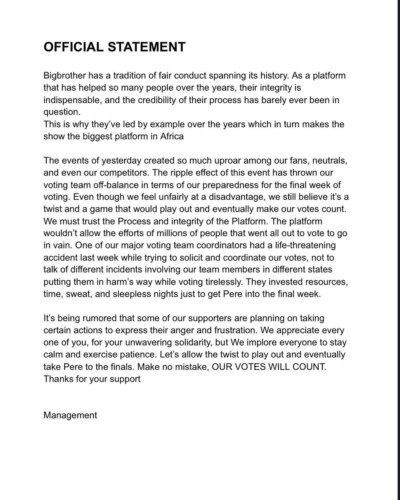 Big Brother Naija Shine Ya Eye 4th runner-up, Angel Smith has just been hospitalized. This comes after Whitemoney and Pere's...

BBNaija: “I Spent Over #4 Million Getting My Dental Work Done” – Pere Reveals