BBNaija: White Money Reveals Who He’ll Be Taking On His Vacation For 2 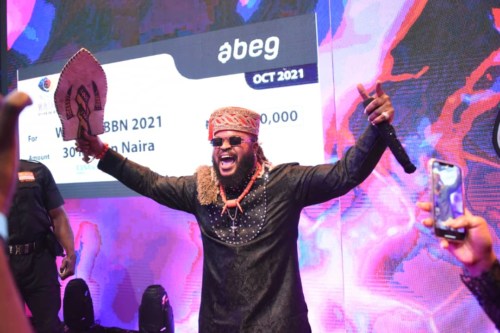 The winner of the Big Brother Naija season 6, Hazel Oyeye Onou, widely known as White Money has revealed who he will be taking on his vacation for 2.

While speaking on Ebuka during the Prize presentation program, White Money was asked who he’ll be stringing along for vacation for 2 out of all the 25 other housemates and his answer was direct as he disclosed that he would be taking the only married man, Niyi.

Niyi and White had this bromance thing going on, but this was short-lived as Niyi got evicted from the game in week 2. Little did we know that they would be pursuing their friendship outside of the house.