Best New Songs To Listen To This Week (November Releases) 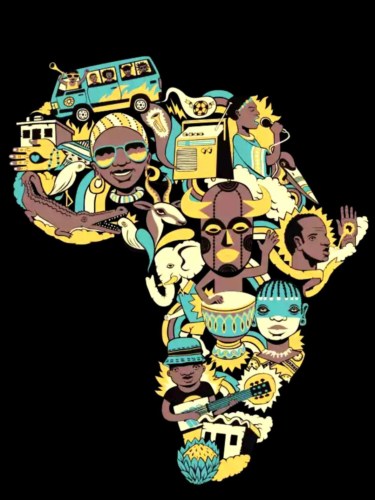 New Nigerian Songs… Hey beautiful people, welcome to a brand new week, and as always, we bring to you banging tunes to brighten your week.

This time around, we do not only bring you songs but the best new songs out there. The songs are from your favorite artists and we are certain that you will be impressed.

Peep below for our gift to you this week: Best New Nigerian Songs To Listen To;

Off his newly released 7-track album dubbed, Barnabas, the King Of Love, Kizz Daniel sets us on fire with the track, “Eh God” (Barnabas). The song is the 3rd track on the new album, named after the album itself. It is a thoughtful song and a conscious effort to talk to God about his life. Kizz literally turns to God for direction in his life, preaching to his fans that You are unstoppable once you have God.

Can Davido and Focalistic just keep giving us Jams on a regular basis? The duo is a match made in heaven, and we hope that no one puts it asunder. Again, the Mega hitmaker joins forces with South Africa’s Amapiano god, Focalistic to dish this addictive tune, Champion Sound.

Champion Sound serves as Davido‘s 2021 debut single, and it was definitely worth the wait. The song has been out for just 3 days but has received massive airplay. The video also has almost 4 million views on Youtube. A certified hit I must say! Be warned, it is very addictive!

Falz comes through with his newest single, featuring South African vocal powerhouse, Bontle Smith and Sayfar, titled, Oga. This Impressive Amapiano record is the definition of vibes. Y’all already know that Falz does not play when it comes to dishing out addictive tunes with catchy lyrics.

The versatile Nigeria act employs the services of Bontle Smith and Sayfar, who delivered beyond expectation.

Ruger set the world on fire with his hit song, “Bounce” and now, he is back with another sensational tune to charm the ladies. His newest single is dubbed Dior. At this point, we can all agree that the Jonzing world newbie is good at what he does, and his powerful vocals and effortless charm go hand in hand.

On this track, Ruger gists us about a girl who says she wants to spend the rest of her life with him. Dior is off his new Ep, The Second Wave EP, a sequel to Pandemic EP.

Also off his newly released 7-track album dubbed, Barnabas, the King Of Love once again drops another hot one dubbed, “Addict“. This song is a representation of the reckless life of every young man out there.

They want to enjoy one more lavish night and swear they’ll repent the very next day, but we all know the lifestyle is addictive.

6. “Only Fan” by DJ Neptune, feat. Lojay and Zlatan

You all already know that these 3 joining forces on a track already screams greatness. DJ Neptune, Lojay, and Zlatan Ibile come together to deliver this danceable track to round up the month of November. The Nigerian Disc Jockey, DJ Neptune once again shows the world that he is more than capable of delivering hit tracks to his fans.

Lojay swears he’s his girl’s only fan as he vows to make her happy and spend on her. Zlatan as always, dishes out his famous, Ajasa’s that just make the song ginger-filled, combined with his indigenous style of rap.

Off his “Nataraja“ Ep, Nigerian Music producer, and songwriter, Rexxie employs the services of the man with the powerful vocals, Victony on his melodious song, Ego.

Nigerian indigenous rapper, and Penthauze huncho, Phyno teams up with DMW vibe machine, Peruzzi to dish out an impressive love song, Belong To You.

Belong To You is off his recently released studio album “Something To Live For“.

Fast-rising Nigerian female singer, Fave, released a new masterpiece record named “Baby Riddim”. Fave shows her versatility on this track, which has fast become a social media sensation, that it played in the background on almost every video you come across on Instagram.

We’ve been around long enough to know that a Phyno and Olamide collaboration is always the bomb. Do You Wrong is a love song that preaches genuine love, affection, and all the advantages that come with being in love. Phyno wants his girl to know that despite being an imperfect man, he would never do her wrong.

To be very honest, this song is addictive and would definitely make you wanna fall in love, but no be me send you oo! LOL.

Dunnie joins forces with The Cavemen to deliver this classic record, Oh Baby to her fans. Oladunni Lawal popularly known by her stage name as Dunnie is a Nigerian female artist, songwriter, and record producer who promotes her music independently,

This song is taken off her just-released EP, Amazon The EP.

Reekado preaches the beauty of black women, generalizing them under the name of the Kenyan-Mexican actress, Lupita Nyongo, characterized by her gorgeous dark skin. He swears he will spend all he has on his woman, who has got the killer curves.

We can all agree that Reeky does know how to make a come-back.

The Queen of Afro-house, Niniola Apata is here again with another impressive tune, Commando featuring South African musician, Oskido. This song has gained massive airplay and a whole lot of attention from her fans all over the world.

Commando is off Niniola’s new body of work “Lagos To Jozi“ an EP of 4 tracks featuring GuiltyBeatz, Oskido, and Lady Du.

Victor AD comes through with a new title for himself, “Omo Ologo”, a song directed to haters, letting them know that he is unstoppable and untouchable. Victor AD is known for his encouraging songs to the young hustlers out there, telling them not to give up on their dreams.

Listen and be motivated!!!

Off his newly released 7-track album dubbed, Barnabas, the King Of Love, Kizz Daniel sets us on fire with the track, “Pour Me Water”. If there is one certain thing we know about Kizz Daniel, it’s the fact that he knows his worth and he never settles for less. We saw that when he left his former label, G-Worldwide Entertainment to start up his own – Fly Boy Inc in the year 2017.

On this particular track, Kizz tells his girl not to use him for a cruise and set him free if she’s done with him because he is a fine boy and has no time or shit. Listen!!!

Have An Amazing Week!!!