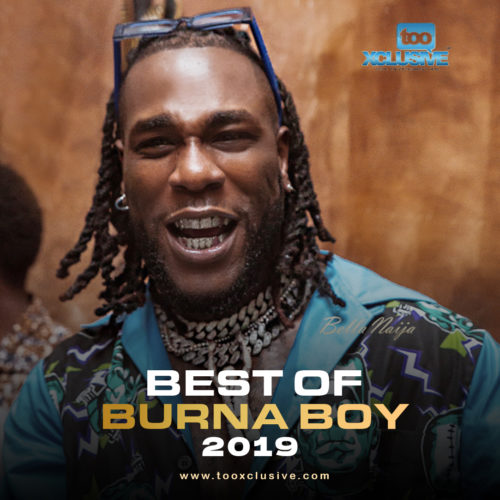 Burna Boy is a beast when it comes to music, he has proven this fact right with his recent achievements and back to back hits.

Damini Ebunoluwa Ogulu popularly known as Burna Boy (aka OluwaBurna) is a talented singer, song writer and Afrobeat lord. The underrate artiste finally got his well deserved accolades and recognition in 2018 with his hit song ‘Ye‘ and album ‘Outside‘. In 2019 Burna Boy started the year well by holding it down with his very late 2018 Zlatan joint, ‘Killin Dem‘.

Earlier in the year he got on ‘Coachella’ where he entertained everyone with the pure Afrobeat sound. Later in 2019 he released his first single ‘Dangote‘ which locked every playlist down and turned people’s favourite instantly. On the long run he started his worldwide Tour, shaking Europe and Africa. Along the line he released his second single ‘Anybody‘ which shook the whole industry and welcomed his fourth studio album ‘African Giant‘.

Burna Boy was a major deal and hot cake in the UK, he got featured by their top artistes, Stormzy, Dave, Jorja Smith and others. Towards the end of 2019 he earned himself the biggest recognition to ever happen in recent times in the Nigerian music industry which is ‘A Grammy Nomination‘. His album ‘African Giant’ got the Grammy’s Best World Music Album nomination. Also he became the Nigerian artiste with the most streams in 2019 (Check Out The Record)

Burna Boy meant just be the first Nigerian Artiste to bring home the Grammy Awards which would make him the Greatest. Let’s wait and keep our finger crossed for OluwaBurna (All the Best this 2020).

Below are his best output (songs/music project) for 2019…. Peep