Bia Defends Nicki Minaj, Says To Stop Listening To The Government And Media 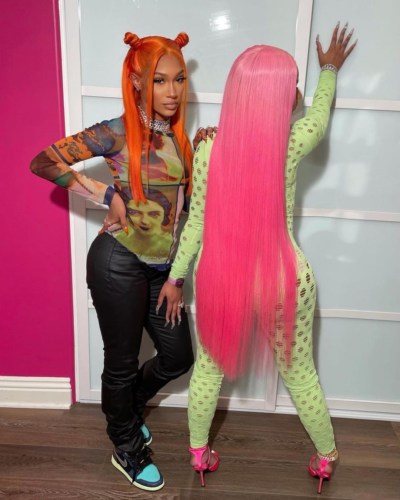 All week long, Nicki Manja has been accused of spreading misinformation about the deadly virus, Covid-19, but BIA is here to defend her.

Just before her performance at the Life Is Beautiful Music & Art Festival in Las Vegas, Bia defended Nicki Minaj. The “Seeing Green” crooner has faced off with two governments, several scientists, and netizens.

Nicki’s comments caused officials in Trinidad and Tobago to follow up on her claims that her cousin’s friend’s testicles became swollen before the man went impotent, and they seemed frustrated with the rapper during a press conference.

She also claimed that she was invited to the White House amid the controversy, however, officials debunked such claim and stated the rapper was invited to have a conversation with doctors.

As we have with others, we offered a call with Nicki Minaj and one of our doctors to answer questions she has about the safety and effectiveness of the vaccine, the White House official said.

STOP listening to the government and media and understand information is public Knowledge. You only have ONE body and it’s YOURS. S/O TO @nickiminaj for opening my eyes. The whole world is asking questions, Bia wrote on her Instagram Story. 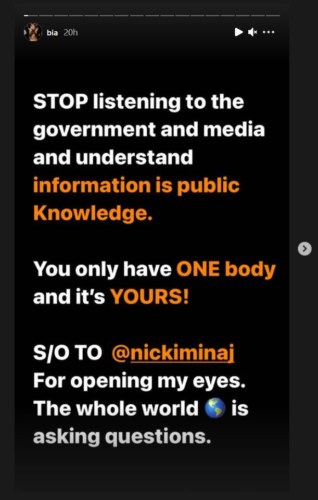