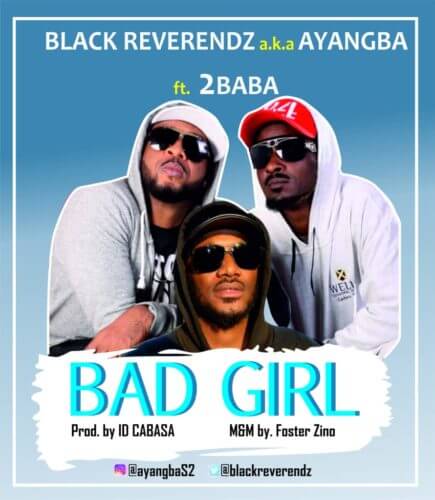 The duo of Shobb2 and Wesley started their career as a group in the 90s. SHAIBU Adamz ( Shobb2 ) and Wasiu Lawal ( Wesley ) both born and raised in a Lagos suburb called Ajegunle had their first hit song “Ayangba Girls” in early 2000.

They are part of the pioneers of today’s Nigeria contemporary music alongside, Plantation Boiz, Remedies , Paul Play Dairo and Tony Tetuila. They had a remix of the popular ‘Ayangba’ song some time ago where they featured Other songs they have recorded include “Won Ti Gboro” ft Sound Sultan and Kesh.

Black Reverendz teamed up with Innocent Idibia popularly known as 2Baba and came up with this party banger titled “BAD GIRL“, produced by ID Cabasa. A dance track filled with some serious street language.