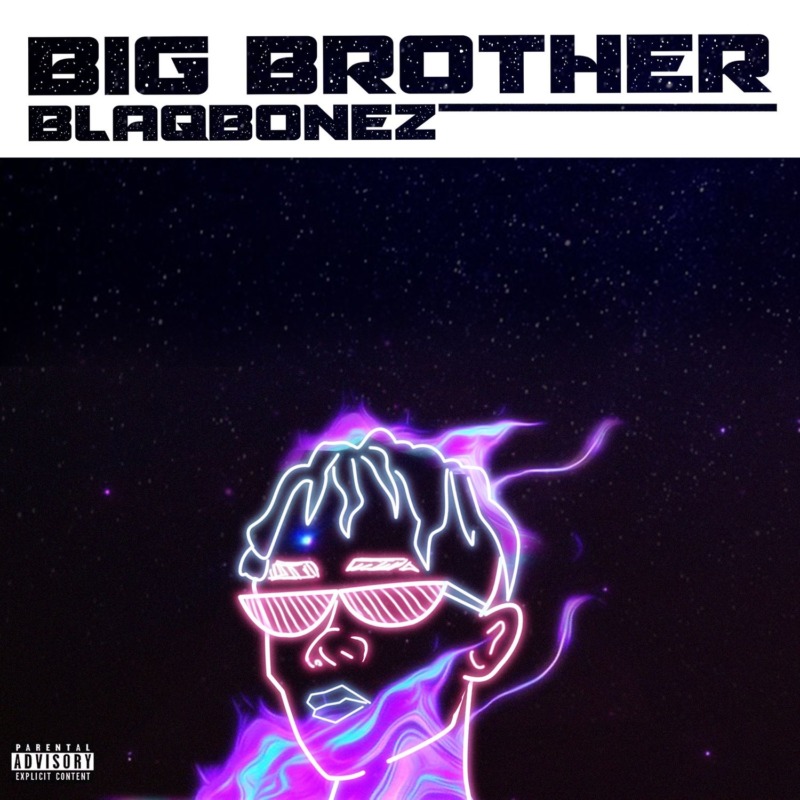 Self-accliamed Best Rapper In Africa, Blaqbonez comes through to tell those who belittle him that he is their “Big Brother” with the release of this record. He goes Hard and Crazy on this Rap track to clear Niggaz and haters that trying to bring him down Straight Up! Shares he built a solid Rap foundation for himself giving back to back Hit without a feature so no one can shake or write him off. And he is a full Talent!

Blaqbonez is a Hip-Hop heavyweight signed to 100 Crowns a Subsidiary of Chocolate City Music; the biggest Music & Entertainment Company in Africa. The Young Rapper who is known as the “Best Rapper In Africa” has 2 #1 Albums “Bad Boy Blaq“ & “Bad Boy Blaq Re-Up” to his name in a space of 8 months. The “Bad Boy Blaq” has scored collaborations and gained the attention of industry heavyweights like Don Jazzy, MI Abaga, Nasty C, Reminisce, Ycee, and many more. A celebrated lyricist and leader of new school Hip-Hop, Blaqbonez has a fast-growing dedicated fanbase who adore him for his Rap Style, Wit, Punchlines, and funny viral skits.

Watch the Bad Boy vibing below…

Blaqbonez surprised fans when he announced the deluxe version of his highest charting album 'sex over love' which peaked at...