BlaqBonez – You Rappers Should Fix Up Your Life [MI Abaga Reply] 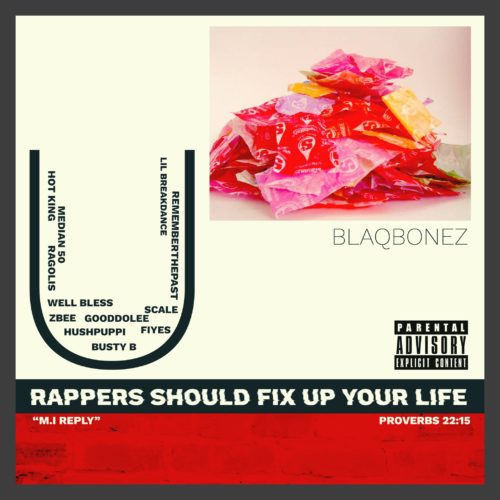 After the song dropped, an online debate kicked off about the state and decline of Nigerian hip-hop. Valid points were raised, some opinions blamed the rappers, others blamed the media and some apportioned the blame to the fans but BlaqBonez decided to literally voice his opinions, and in this 4-minute track, he bears his heart out.

“Nasty C ain’t got nothing on me”
“Nobody else rap sicker, I really been one of the hardest outta Africa”

…among other lines that stresses the rappers point that he has been hot from time and it’s high time the system recognizes his amazing talent.

But for now, listen to this fire reply from BlaqBonez.

BlaqBonez – You Rappers Should Fix Up Your Life [MI Abaga Reply]

“BlaqBonez – You Rappers Should Fix Up Your Life [MI Abaga Reply]”, 5 out of 5 based on 1 ratings.