Previous: I Fought So Many Silent Battles In 2019, I had To Wipe My Own Tears – Davido’s Fiance, Chioma Reveals 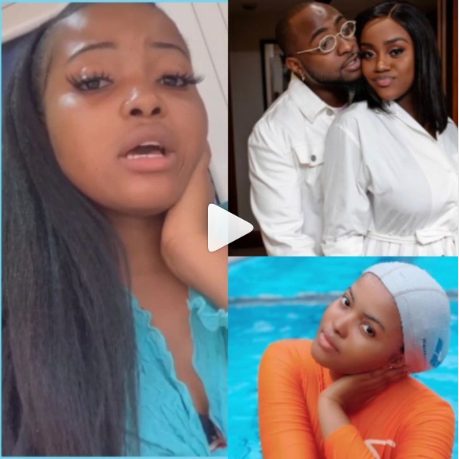 A lady has asked for people’s help in her quest to get Chioma to unblock her on Instagram after a wrong message from a video she did was spread to Chioma by bloggers.

It appears the lady in question made a video in which she made a positive review for Davido’s newly released album; “A Good Time” but started it with some sort of disguise that portrays hatred and a turn-off for the album. It seems some bloggers laid their hands on the video and tried to use the lady as a scape-goat by misleading social media users with the caption attached to the video.

Chioma saw this news and decided to act according to what the bloggers’ captions have portrayed as she immediately blocked the lady on Instagram. She feels upset about the fact that someone could speak ill of her fiance, Davido’s new album. This made her sweep into a quick action which led to her blocking the lady.

Lady who said Davido’s album is not nice begs mama Ifeanyi to unblock her as she blames bloggers for using a deceitful caption to convey her message. . via @queenelenora . #saintavenueent

“”Bloggers Conveyed The Wrong Message With Their Captions” – Lady Begs Chioma To Unblock Her On Instagram”, 5 out of 5 based on 1 ratings.