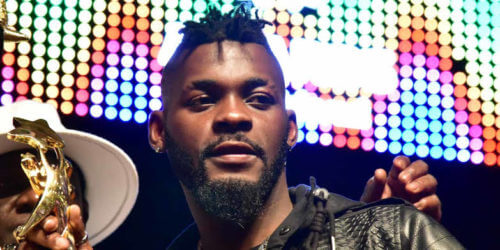 Famous Ivorian singer, disc-jockey and song writer, DJ Arafat has died after he was involved in a fatal motorcycle accident.

DJ Arafat, 33, who is a famous artiste across the continent of Africa and one whom has been on songs with some Nigerian artiste, famously Davido, collided with the vehicle of a radio presenter in Ivory Coast which immediately rendered him unconscious.

According to a source who narrated the events prior to the accident and the events after the accident, it was said that DJ Arafat had taken his bike alongside a group of friends on the night of the 11th of August, 2019 to cruise around town before the DJ who was known to be so in love with speed while riding collided with a vehicle that was making its way to take a turn which damaged his motorcycle beyond repair.

It was reported that DJ Arafat was seen unconsciously lying on the road before he was rushed to the hospital.

News however broke out on the 12th of August, 2019 that the singer had passed on as he was not able to survive the pain and damage the accident had done to his body.

Some Nigerian artistes have started to pay tributes to the singer already on social media.