Buju Shares How His Collaboration With Wizkid Happened 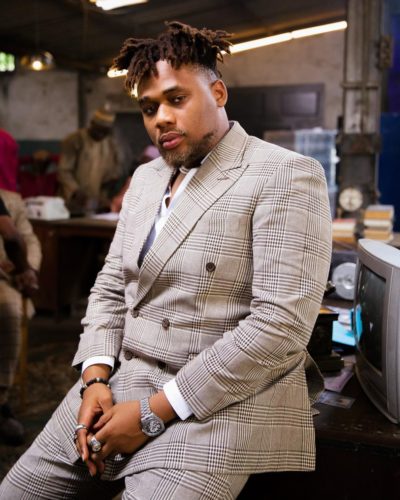 Buju has finally shared how his collaboration with Wizkid happened despite the leaked tweets.

You would recall the heavy backlash Buju received after his now-deleted tweets trolling Wizkid, Davido, Burna Boy, and some artistes resurfaced online. Netizens were certain these artistes, especially Wizkid will never want to work or be associated with him.

It came as a big surprise days after the tweets and buzz Wizkid announced his song with Buju, titled Mood.  “Mood” is one of the three new tracks added to the deluxe version of “Made In Lagos”.

Sharing how the collaboration happened, Buju posted a screenshot of his chat with Wizkid. As seen in the photo, Buju was sleek enough to have replied to Wizkid’s IG story, calling him “Highest.”

Wizkid replied him my G and extended an invitation for them to link up at his studio. Buju responded to the Invitation with the crying emoji and jokingly told him, “If I no come, make I mad”. 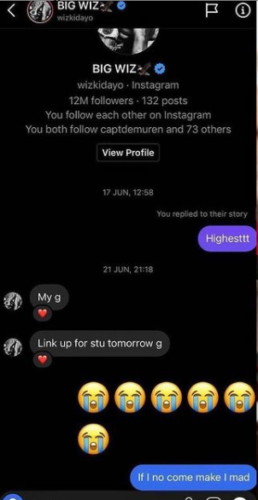