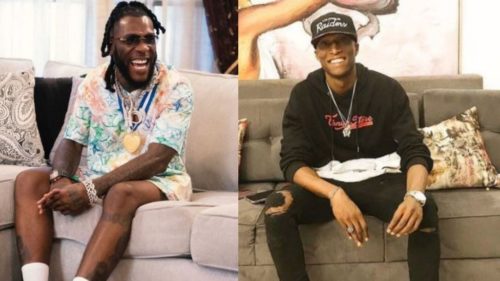 The OAP took to Instagram to share with fans and followers how he made half a million for hanging out with Burna Boy at Club Pablo Cubana, in Lagos. In a video on his Insta story, N6 was seen vibing with the Grammy winner alongside some of Burna’s friends and of course, the ladies. After the hangout, N6 hopped on Instagram once again to flaunt the crisp foreign currency Burna Boy gifted him or he smartly picked at the club.

After the video hit the net, Netizens are being vocal about how they would love to be paid for hanging out with their friends. While others believe N6’s story, others are certain that N6 is back to his clout chasing business.

“Benefits of chilling with the generous Rich, because not all the Rich can be so generous some their only benefit is luxury chilling, eating and drinking expensive with them”

“Wooooooo Any dollar wen they nor gimme nor Dey move me”

“Abeg if the hangout no involve money, make una no invite me”

@omobathegreat
“Na your own welfare package be that”