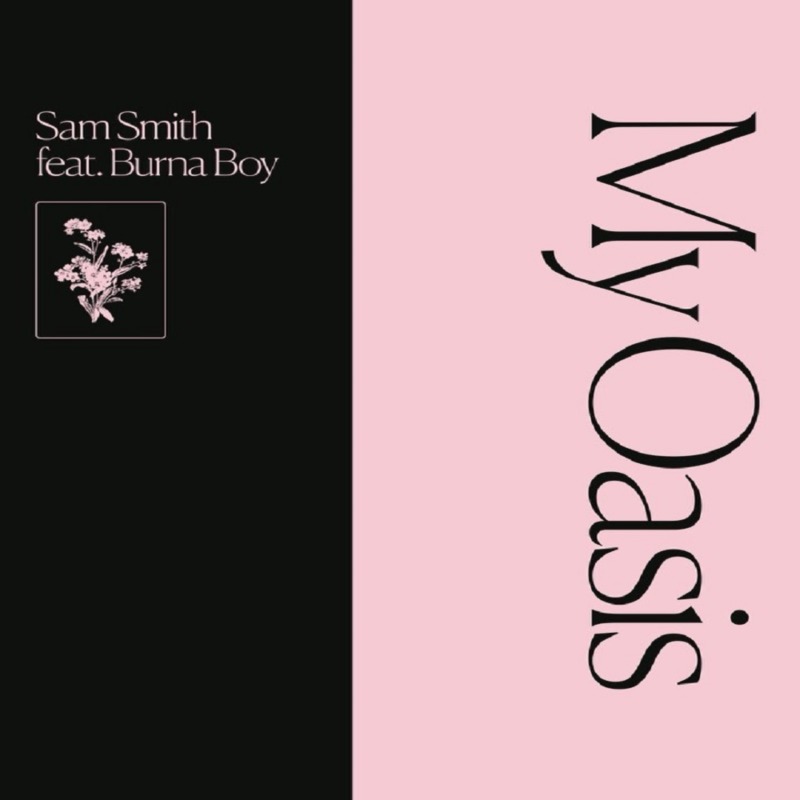 Just last week, Burna Boy ’s name popped up on Twitter, and netizens swiftly moved to the social media platform to see what the self-acclaimed “African Giant ” had done again because, you know, he is always trending for the wrong reasons.

However, what fans and this writer met was something more explosive than claiming to be better than Fela or announcing his engagement to Stefflon Don. The Grammy nominee had landed a collaboration with popular English singer, Sam Smith.

For Burna Boy stans, it was another achievement to score extra points against rival fan bases, the never-ending arguments that we know to have become a part of music culture over the years. In his usual fashion, Burna would have taken to social media to share his latest achievement but he didn’t, not one hint was given about the collab. Another mind-blowing detail about the collab is that Sam Smith was the one who made the announcement via his social media page.

Music production has birthed innovative methods that don’t require collaborating artistes to be physically present to record together as this method was applied for this collaboration. Shortly after Sam Smith disclosed this, Burna revealed that the verse was recorded on his birthday so it is extra special to him and the English singer. Thanks to social media, we’re sure this entire collab must have been initiated with a simple hello on Twitter or Instagram.

Recorded this on my birthday then went to bounce in a bouncy castle ? ……. so it extra special to @samsmith and I. Listen now! https://t.co/6Iv72pk4Nk

Burna Boy and The International scene

Burna is no neophyte to collaborating with international big acts. The release of “African Giant” opened a lot of doors for him as he featured several international acts on the critically acclaimed project like; Jorja Smith, Damien Marley, Jeremih, Serani, Future, and YG. He also has songs with the likes of Ed Sheeran, Pop Smoke, Koffee, Kranium, Stormzy, Major Lazer, Dave, Fall Out Boy, JHus, Chip, Rita Ora, Jidenna, DJ Snake, Lily Allen, Wale, Mahalia and Four of Diamonds.

Now he is preparing for the release of another album “Twice As Tall” so it is expected that he would feature other international acts. But Absolutely no one saw this coming and the questions that plagued the minds of Nigerians were “How would this song sound like ?” “Would it be boring“.

Sam Smith trying to touch burna in the video

Burna Boy is having a song with Sam Smith titled ‘My Oasis’.

This is huge mehn, Sam Smith is about to blow again, same way Wizkid helps Drake and many international artistes careers.

Sam Smith convincing Burna Boy he has what it takes for a collabo pic.twitter.com/HCCIZeynFJ

Who is Sam Smith?

For those that may not know, Sam Smith is the voice behind global hit singles like;  “Stay with Me,” “I’m Not the Only One,” “Dancing with a Stranger,” “As I Can,” and “How Do You Sleep? The 28-year-old signed to an American record label, Capital is a 4 time Grammy award-winning singer and also a terrific songwriter. Interestingly, they are genderqueer meaning he uses singular they/them pronouns and also openly gay. For Sam Smith, this collab was a dream come true because they have been a fan for years and have always wanted to work with him. “This track has been a beautiful release of emotions for me during this time,” “I’ve been a fan of Burna Boy for years now and am so happy to have a tune with him.”

The track begins with tender piano melodies, captivating Spanish guitar notes, then Sam’s vocals come on. They sing about helplessly needing someone, even though the reciprocation of their partner’s affections seems questionable. It’s simply a tale of unrequited love that is relatable…“Keeping thinking that I’m seeing water, You’re playing tricks on me in the sun, See your shadow in the courtyard, Stays until the day is done”…

On the second verse, Burna Boy’s deep smoky vocals perfectly and totally complement Sam’s lighter vocals. His verse comes with pop drums and beautiful melodies and puts in the same emotions in his verse. The lyrics, structure, and vocal arrangement are of high quality. Although it’s a bit slower and calmer than what we’re used to hearing from Burna Boy evidently, his versatility took over.

However, we can’t shake off the feeling that Burna Boy’s verse was too short. You can’t listen to this track and not be like what just happened? Where did Burna Boy go? Towards the end of the song, he begins to mumble some words that are hard to decipher. This writer feels that he could have added something different at that point instead of singing in that manner. If only his verse had been longer, his presence would have been strongly felt on the track.

So was his verse really necessarily on this song?  The answer is yes. This song would have passed on as one of Sam Smith’s regular slow-paced songs about love but with Burna Boy, the track sounded more pleasing to listen to. This clearly shows that Burna’s versatility as an A-List artiste is unmatched. He can adjust to any sound be it fast or slow and this ability of his keeps on evolving in every track he is on.

To Nigerians, this track might not be a bop but a Brit would tell you otherwise because Sam Smith is a huge hotshot over there. This is another plus for Burna Boy at the International Scene as this collaboration is beneficial for both him and Sam Smith, his crossover status keeps getting stronger, and Sam Smith needing a jump start for their forthcoming album after suffering some setbacks.

What are your thoughts about this song? Do drop them in the comment section below:

British singer, Sam Smith teams up with African Giant Burna Boy to share a new song titled "My Oasis". "My...