Burna Boy’s “Anybody” Vs DJ Tunez’s “Gbese” Ft Wizkid – Which Is A Better Afrobeat Record? 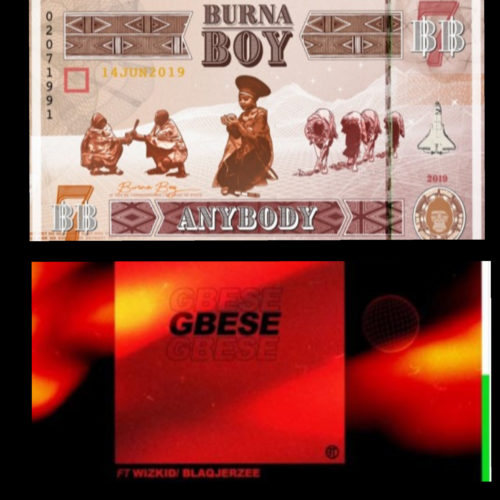 Since these two songs got released, there have been big rave about them as well as arguments developing as to which is a better tune.

“Anybody” can be partly said to be an inspiration from Fela’s pattern of music which many acknowledge to be a fantastic effort while “Gbese” which is dominated by Wizkid’s vocals is an high-life inspired record that also sounds wavy too.

However, with the inevitability of comparison in our music industry, we have decided to compare the two records by asking you below which you think the better song is between two records.

Burna Boy’s “Anybody” VS DJ Tunez’s “Gbese” Ft Wizkid – Which is a better Afrobeat record?

Nifemi is a graduate of the University of Lagos. He's a unique user of the pen when it comes to the expression of whatever. He is editor-in-chief of the organization and also a writer of news, articles, editorials and a lot more to help expand the level of knowledge of the readers and simultaneously have them entertained. A lover of music and football is who he is and a Man Utd die-hard.
Submit your comment
25 total pingbacks on this post
VIDEO OF THE WEEK