Burna’s “Another Story” VS Wizkid’s “Joro” – Which Video Are You Feeling More? 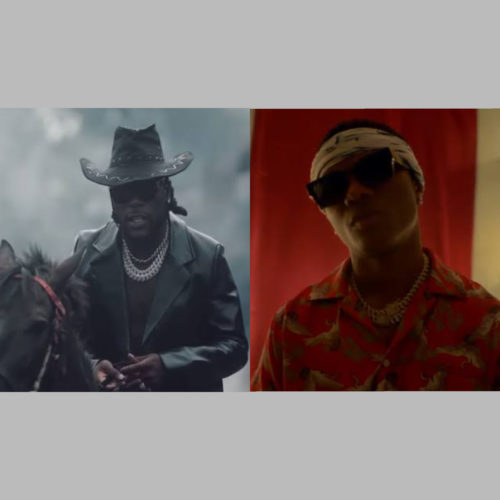 Burna Boy and Wizkid dropped a video each yesterday in order to help Nigerians have a fun filled independence day, providing them visuals that are inspired by different situations to help them settle in whichever they find soothing for the celebration of Nigeria’s 59th Independence celebration.

Burna dropped a video for “Another Story” featuring Manifest, the 10th track on his “African Giant” album. He tried to align with the Nigeria’s independence situation, Burna talked about the country and its problems which the video tried to interprete. Meanwhile, Wizkid on the otherhand  dropped his very well anticipated single; “Joro,” and he premiered it alongside its video. The video is crisp and tried to interprete the lyrics in the audio and it didn’t do badly at all.

However, in a way to have you not bored all through today’s Independence celebration, we have decided to let y’all get interactive on here by asking which video is making your Independence day a fun-filled one.

Burna Boy’s “Another Story” VS Wizkid’s “Joro” – Which Video Are You Feeling More?

Nifemi is a graduate of the University of Lagos. He's a unique user of the pen when it comes to the expression of whatever. He is editor-in-chief of the organization and also a writer of news, articles, editorials and a lot more to help expand the level of knowledge of the readers and simultaneously have them entertained. A lover of music and football is who he is and a Man Utd die-hard.
Submit your comment
22 total pingbacks on this post
VIDEO OF THE WEEK