Can Starboy Terri’s Debut Single;  Bia, Ever Be As Big A Hit As Mayorkun’s Eleko Was? 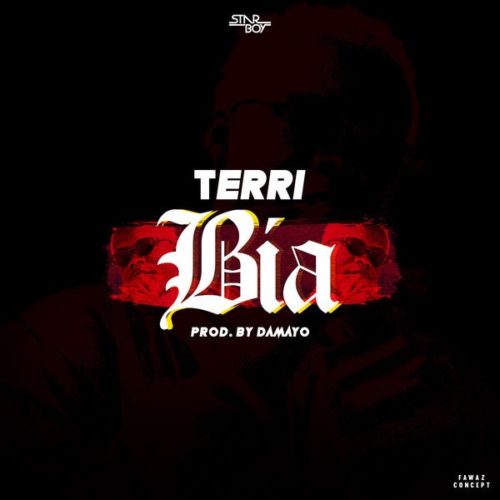 After a very long wait, Starboy’s Terri released his debut single as a starboy signee; BIA which is an awesome song, with a nice sound and amazing tune. Starboy fans have been waiting for this song to drop ever since Terri’s signing and his collaboration with Wizkid on Soco. His verse on soco was referred to as the killer verse which kind of raised the bars for him.

The song is an awesome song, nice beat, and also amazing vocals. After listening to his verse on Soco, I actually expected more. I mean, after all the hype and wait, Terri could have done more with Bia. It feels like I am listening to a mini Wizkid, as he sounds so much like Wizkid and I think that is going to overshadow Terri’s talent as I would rather listen to a Wizkid than go for the“Mini version”. Mayorkun’s debut single, Eleko has set a standard for what a debut single should be, as it was a massive hit and it raved the street for quite a long time and I think it would be a struggle for Bia to be that big a hit.

@tommy5smith BIA by Terri the new Starboy signee is a dope jam that you will wonna put on replay at the first listening because of the sound, it was well mixed and mastered, got good vibes and melody but the main issue for me is, Will Bia be a massive Hit? NO!.

Just like a friend of mine will always say “No matter how dark the Coke in a bottle or Cup is, I can always tell when it has been mixed even with a shot of Hennessy”. Bia is just that coke that you can always feel the content of Wizkid’s Hennessy in it, which will get you high As In high anytime you consume it But on the other hand will affect the Coke’s brand (Terri) because the Wizkid’s Hennessy will also be what people can relate with Unlike when Mayorkun released his Debut single Eleko, it was totally a different sound from what Davido use to give his Fans which was an added advantage for the Label.

For me Bia is a great jam and a masterpiece that will always be counted as one of those Wizkid’s songs but i doubt will be a Big Hit as a debut song for Terri because it already has been registered as Starboy’s Wizkid sound.