Cardi B Set To Take EKO Atlantic By Storm 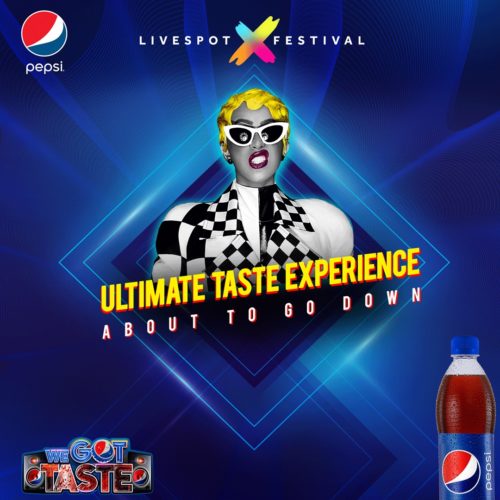 Lights, camera, action. The buzz is in the air and by now the vibe must be getting to you a little. Well, you are in very good company. The LIveSpot X Festival kicks off with a bang today and the electricity could not be more charged. The Bodak Yellow crooner, Cardi B put out a video that showed her on a very tasteful plane and now we know it was headed straight for the CIty of Lagos. Fans and admirers alike have been anticipating seeing her live and today it becomes a reality.
Look to Cardi B fans this weekend and they will show how to party, does anyone hear an okkkuurr. It’s the perfect way to kick off the first full weekend in what has been tapped to be another delightfully Detty December. So get ready for non-stop fun and thrills because the stage is set and primed for the first official twerk-fest to be witnessed in real-time in Lagos. Practice your twerks and prepare for sparks to fly.
To keep the chills and frills at a maximum level, Pepsi will be refreshing the event and maintaining the buzz, keeping up the optimal taste level.
AT this point no one really has to be in doubt about the intent of Pepsi. This is the start of an awesome lineup of events that will be talked about throughout 2020. I guess the question now is, won’t you like to maximise your fun? People don’t be caught outside of the loop, get involved and Follow @Pepsi_niaja on Instagram and Pepsi on Facebook. Get yourself a refreshed invite to this amazing spectacle.