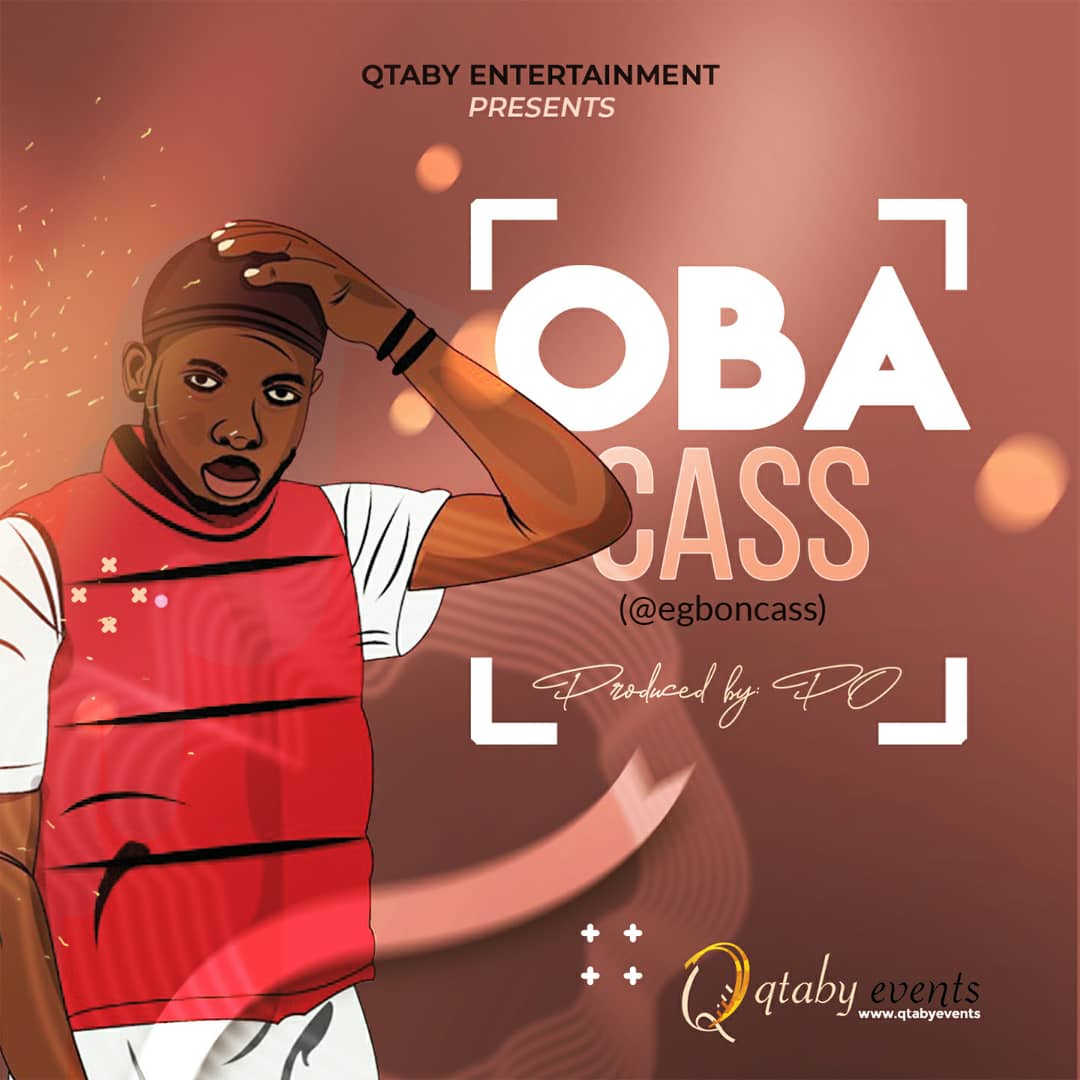 Erik Ephraim Ogar, popularly known as Cass @egboncass is a 20yrs young, talented emerging afro-
rap artiste. Despite being a graduate of the department of Public Administration from the University
of Calabar, making music has been his passion and dream since he was 14years old.

Cass is also a self-taught Music Producer and Sound Engineer as he vows to impart the world with his
African influenced rap music and his brand which is built on sobriety. He is currently signed to Qtaby Entertainment and has released his first official single titled “OBA“.

He says Oba is a thanksgiving song meant for everyone, old, young, famous e.t.c after a hectic year 2020.

He is currently signed to Qtaby Events @qtabyevents a renowned Talent Management firm that has worked with several Artists within and outside Africa like Harrysong, Akon, Toofan, Psquare, Lami Phillips e.t.c

Listen to “Oba” by Cass:

Available On all platforms.