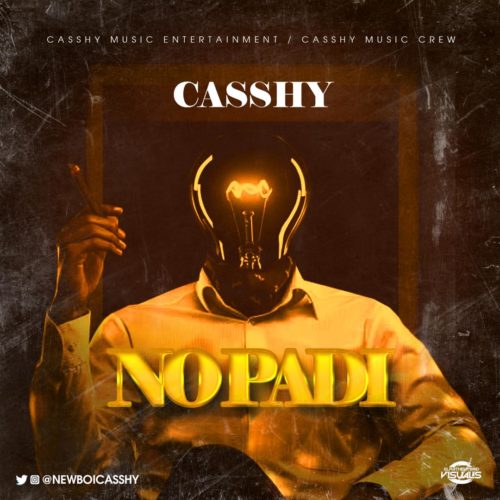 Casshy is here again ( @NewBoiCasshy ). The Afro pop artiste who is from Ikorodu LG area of Lagos, he studied Sociology at the Olabisi Onabanjo Uni Ago-Iwoye, Ogun state. Casshy mysteriously disappeared on us back in 2015 after dropping his first official single titled ‘My Time’ a song that was Engineered by Suka Sounds and shortly after he then released another single titled Hunger.

In an industry that appears to be competitive, we are sure to say that he is very different and unique with his sound. He has always been seen around celebrities and no one seem to figure out enough about him until now, here he is talking about how he has been working so hard over the years and now decided to bless the industry and his long awaited fans with this smooth and silk sound titled “NO PADI“. With a sound like this, we believe he is back for good

When asked the inspiration behind the song, he said there are so many people like him out there who has always been distracted from been thankful because they are not where they want to be in life, that they forget to give thanks for what, who and where they are today.( @NewBoiCasshy )

Watch the Lyrics video for “No Padi” below

School Is Not A scam, Don’t Be Deceived – Peruzzi Clears The Air On Widespread Wrong Notion

Casshy is an afro pop artiste who has been underground for a while now and has made appearance in so...

School Is Not A scam, Don't Be Deceived - Peruzzi Clears The Air On Widespread Wrong Notion