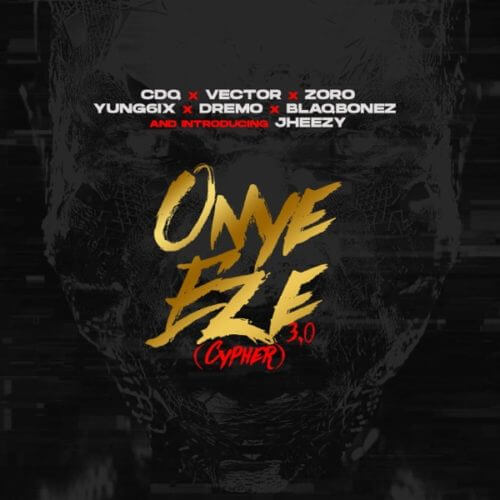 NSNS boss, CDQ delivers the third version of his hot single “Onye Eze” which he released during the famous Blessing Okoro saga.

The indigenous rapper had earlier released the version two for ‘Onye Eze‘ which had it graced by Zanku master, Zlatan. Still keeping it hot CDQ comes through with “Onye Eze 3.0” as he teams up with rap gurus/heads; Vector, Zoro, Yung6ix, Blaqbonez, Dremo and the winner of the ‘Onye Eze‘ battle challenge – Jheezy.

Onye Eze has now turned into a Cypher, all the rappers are topnotch they killed their lines…

This HipHop a nice joint from CDQ… Listen, Enjoy and share your thoughts below