Previous: Wizkid Causes Fever With His Performance At The One Africa Music Fest In Dubia || Watch Video 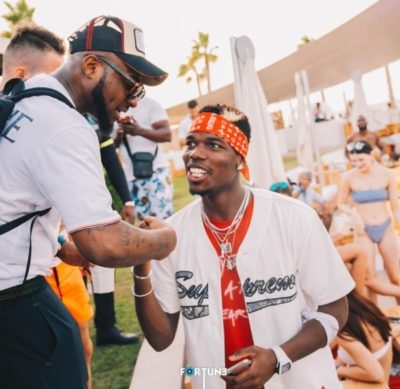 Nigeria’s pop star, David Adeleke, a.k.a Davido has met with Manchester United and France midfielder, Paul Pogba in Dubai on Friday. The two stars were living la vida loca, catching all the best of fun in the early hours of Friday at Dubai before the One Africa Music Fest.

The Manchester United midfielder missed the Manchester derby between City and Manchester United last week Sunday due to knock and he was also excused to missed Nations League match between Netherlands and France on Friday just to be at Dubai were he met with Davido and also Barcelona super star, Lionel Messi at Nusr_et’s restaurant (one of the baddest chef in Dubia). 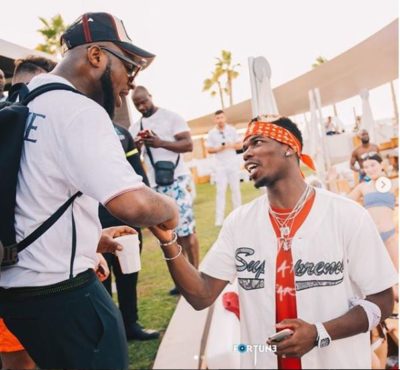 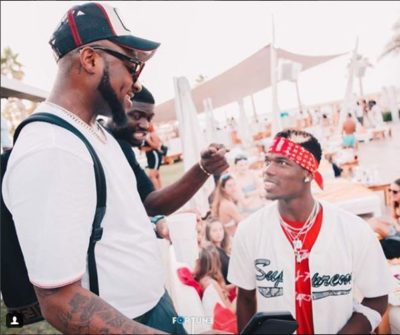 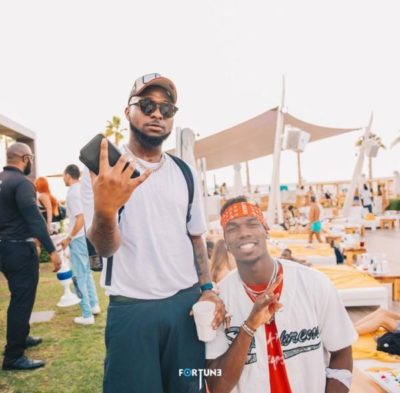 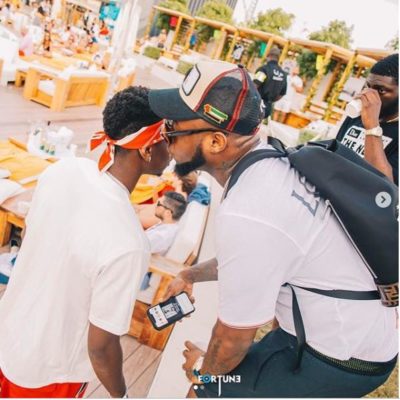 Paul Pogba who also do music and love dancing, did a small video with Davido, that has been trending on social media.