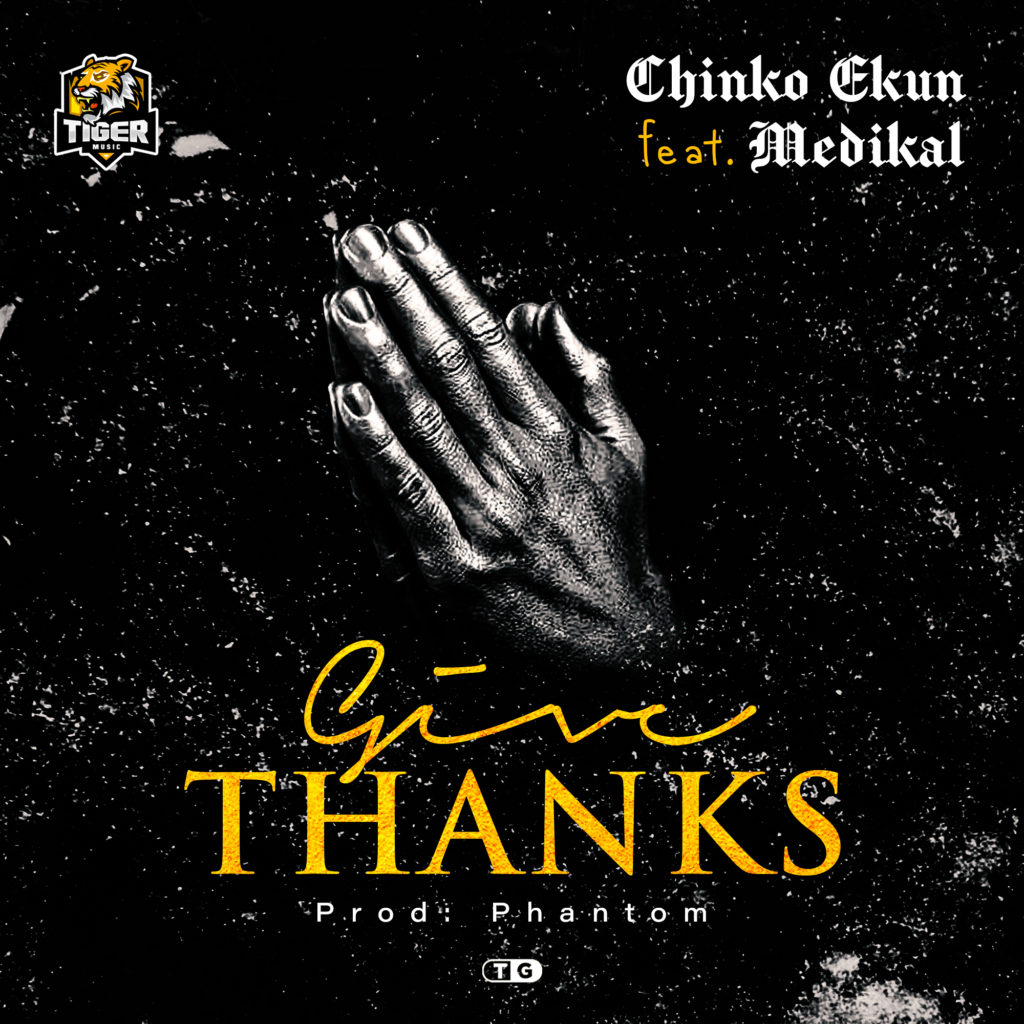 Chinko Ekun Drops New Music and Video To Celebrate Birthday, Titled “Give Thanks” he is joined by Ghanian rapper, Medikal.

Medikal contributed largely to the new song with a beautiful verse. This new Chinko Ekun track serves as his second official song for the year after his huge collaboration with Marlian Music artiste Mohbad “Jafafa“.

On September 13, 2021, the award wining artist Olamide Oladipo, known professionally as Chinko Ekun, turned a year older. The Tiger Music boss chose to release a new song as a follow-up to his viral hit “Jafafa” to commemorate his birthday.

‘It’s my birthday today, and I’m so pleased that I’m giving away a million dollars in kind!’ says the birthday boy. As I contemplate on all of these many blessings, it’s a really meaningful birthday for me. From my label, Tiger Music, believing in me and accepting me, through the outpouring of affection from my fans all around the world, and, of course, the media. I want to share this special day with you all, and while a party won’t be able to contain us, I’m confident that this new song can. Please accept it as a birthday gift from me to you.’

Listen & Get the Phantom produced new song below,

Watch the official music video for “Give Thanks”, Enjoy!!!