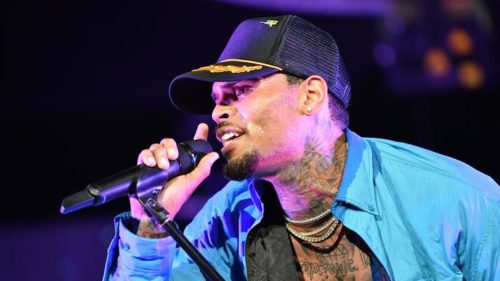 Chris Brown is not ready to make a public lengthy speech about his most recent controversy.

The singer was recently named in a police report following an alleged fight with an unknown woman, that occurred last weekend at his home in Southern California. This time a woman claimed that she was assaulted on his property.

In past times, Chris Brown has had his fair share of legal troubles associated with violence accusations, and 2ce with both ex-girlfriends Rihanna and Karrueche Tran, resulting in restraining orders being issued in opposition to Brown. Thankfully, this had no major effect on his career.

TX News previously reported on the unidentified woman called the authorities after she said Brown slapped her in the head so hard that he weave flew off.

As funny as it may sound, many recalled the singer’s past legal troubles with allegations of domestic violence. As the public awaits news as to whether or not this will develop into more serious charges for the singer, Brown has taken to his Instagram Story to share a thought.

If u address bullsh*t… It gives life to something that never existed, he wrote. 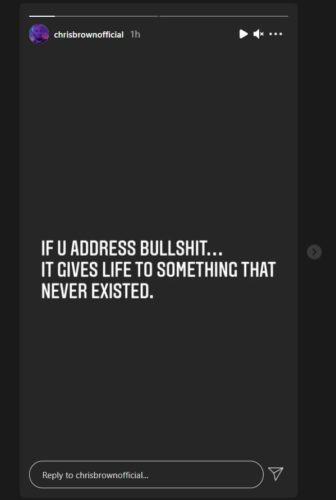 As much as he was indirect in his remark, his fans seem to think that he was speaking about his most recent controversy.