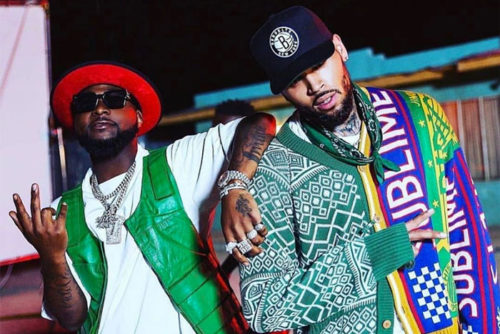 American singer, Chris Brown surprised Davido at his show in LA yesterday and it was mind-blowing.

Davido and Chris Brown became  “brothers” after the release of their first track together and Chris even asked to be one of the groomsmen at Davido’s forthcoming wedding to Chioma. Since then, both singers have continued to show love to each other and Chris Brown yesterday night surprised Davido and his fans at his show.

In a video shared by the “Risky” singer via his Instagram page, Chris Brown made a surprise appearance at his A Good Time Tour show in LA. Fans at the sold-out show went bananas upon seeing the singer as he went on to perform “Blow My Mind” and also “Heat”  which is off his 2019 album “Indigo”. Davido captioned the photo calling the singer “Omo Iya Mi” which means son of my mother.