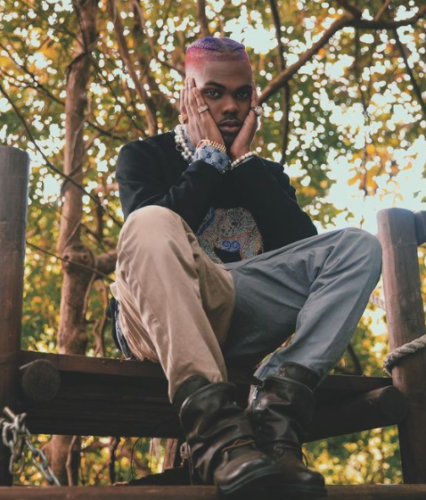 It’s official. Ckay is the New King of Boys.

The Love Nwantiti crooner has added another achievement to his impressive portfolio. Ckay is the first African to debut on Billboard Independent Albums Chart with his 2019 EP, “CKAY THE FIRST”.

As the Category clearly states, Only Albums are added to the Charts, but Ckay broke the record by becoming the first African and afrobeat artist to debut on the Chart with an Extended playlist.

This news is coming days after his Ep, “CKAY THE FIRST” debuted at No. 4 on Billboard World Albums Chart. 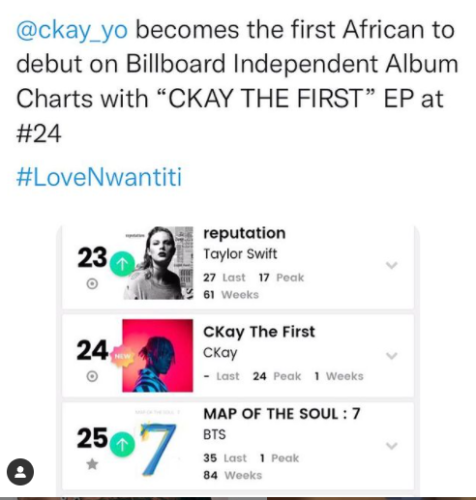 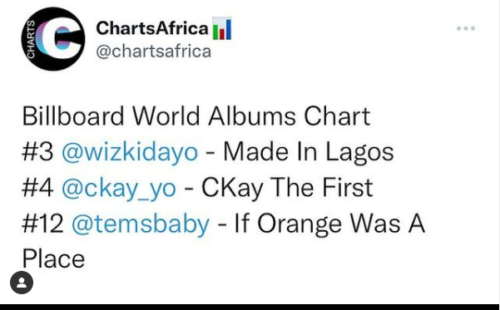