Today March 19, 2021, Cuppy Shares To The World That She Won’t Be Proceeding With The Lawsuit Filed Against Isreal and Has Instructed Her Lawyers Accordingly.

The Nigerian billionaire heiress has, however, pardoned Davido’s Personal Logistic Manager, Isreal Afeare for defaming her over an alleged breach in the contractual agreement between Cuppy and indigenous rapper, Zlatan.

In a recent post shared on social media by Cuppy via her Insta-Story, she indicated that she has decided to pardon Israel following his public apology And hopes that the incident serves as a lesson to social media users, who never make the extra effort to get valid facts before interfering in certain situations. 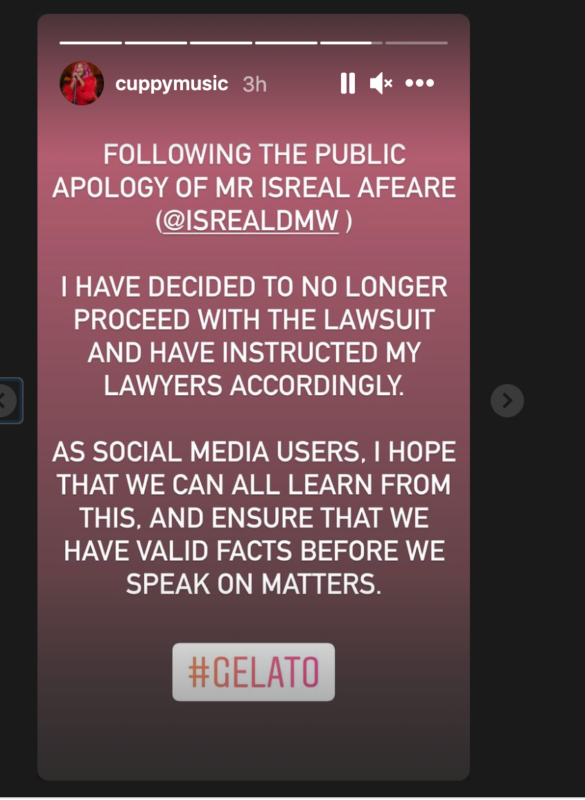 Isreal Afeare popular known as IsrealDMW or Davido’s Logistic Manager see Cuppy’s Pardon Post and Reacted with the caption, ‘Hmmmmmm‘… via his own Insta-story. 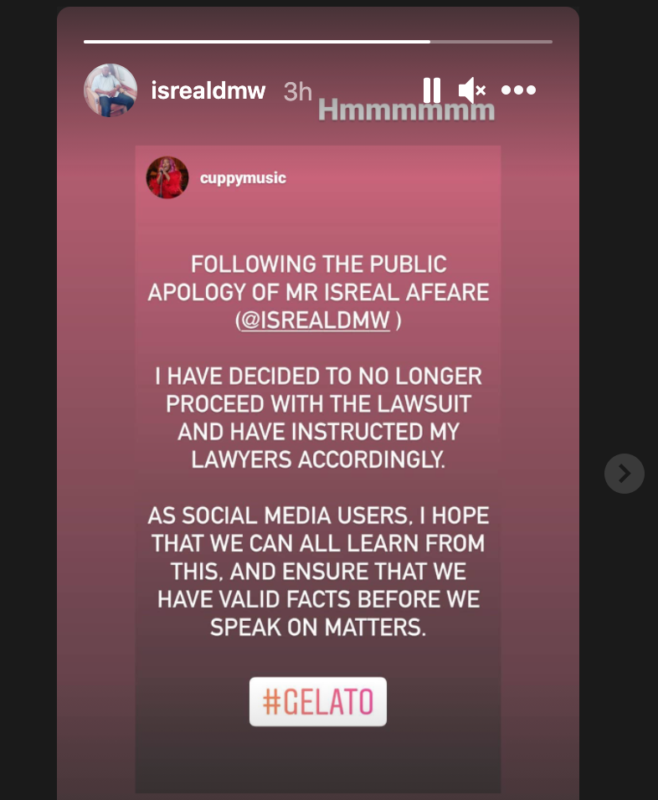