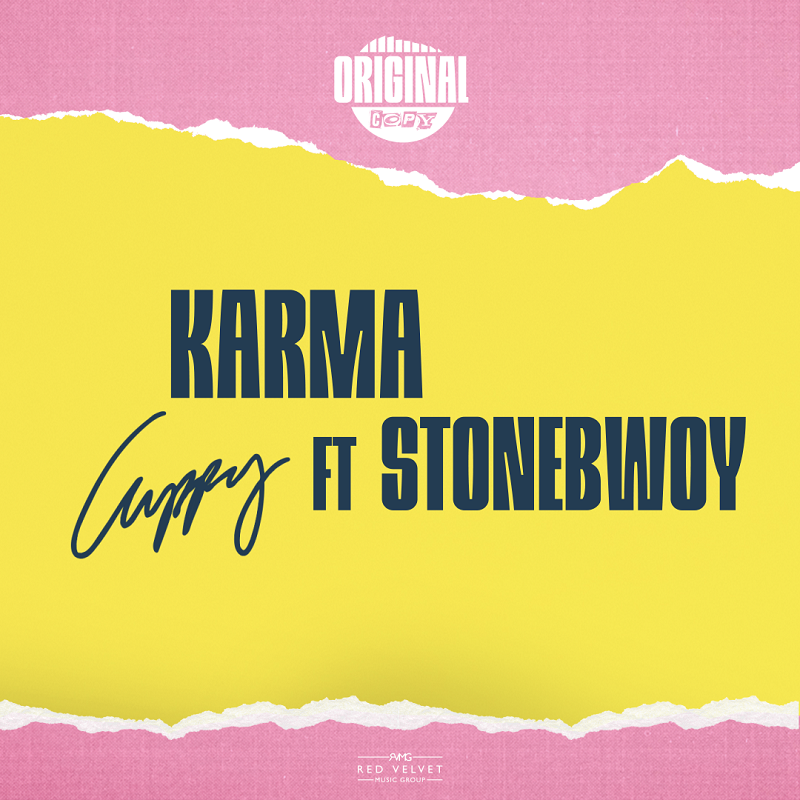 Hot on the heels of her video for ‘Jollof On The Jet’, Nigerian artist and DJ Cuppy has unveiled a surprise for fans with the release of ‘Karma’ featuring award-winning dancehall star Stonebwoy, out today via Platoon. Taken from her highly anticipated album ‘Original Copy’, the single is exclusively available now to tease ahead of the full project, due for release on August 21st.

Stepping out of her comfort zone and into dancehall territories, ‘Karma’ sees Cuppy effortlessly take to the bashment beat, swapping verses with Stonebwoy, who brings his signature flare to the track. A match made in heaven, the single will leave a lasting impression and have listeners singing “Karma” whatever the weather.

Discussing the collaboration, “Karma” is a song that really brings out a different side of me” Cuppy enthuses. “It’s a song that allows me to express myself in a sensual, confident and playful way. This record is so special because it was made during an unplanned trip to Accra, sometimes you just have to go with the flow!”

Stonebwoy also adds: ‘Karma was a fun one and a big one!! Nothing but good vibes and excited to finally see it out”

Years in the making, the release of her debut album ‘Original Copy’ will see Cuppy take the vocal reins on themes that range from independence, to love lost and African pride, over a pop-meets-afrobeats sonic bed that she calls “neo-afrobeats”. To help bring the project to life, Cuppy has called upon a number of star collaborators such as Julian Marley, Wylef Jean, Teni, Ms Banks, Darkoo and more.

Her first single off the project, ‘Jollof on the Jet’ featuring Rema and RAYVANNY, received international acclaim since its release last month, entering the Thriller Billboard charts at #5. Having worked hard to establish herself in the music scene over the years, the multi-hyphenated artist’s career trajectory continues as the host of Apple Music’s groundbreaking Africa Now Radio show.

Hailing from Volta Region, Ghana, Stonebwoy is one of Africa’s celebrated talents. Earlier this year he released his fourth-studio album ‘Anloga Junction’ earning him a place in the Billboard World charts.

The Grammy-nominated artist has since collaborated with a slew of international stars, including Sean Paul, Trey Songz, Burna Boy, Kranium, Chris Martin, Samini, and most recently Keri Hilson.

From start to finish, ‘Karma’ is an insatiable summer jam lining fans up for the release of Cuppy’s exciting debut album, Original Copy next week.