Cuppy Reacts To Relationship Advice From A Concerned Fans 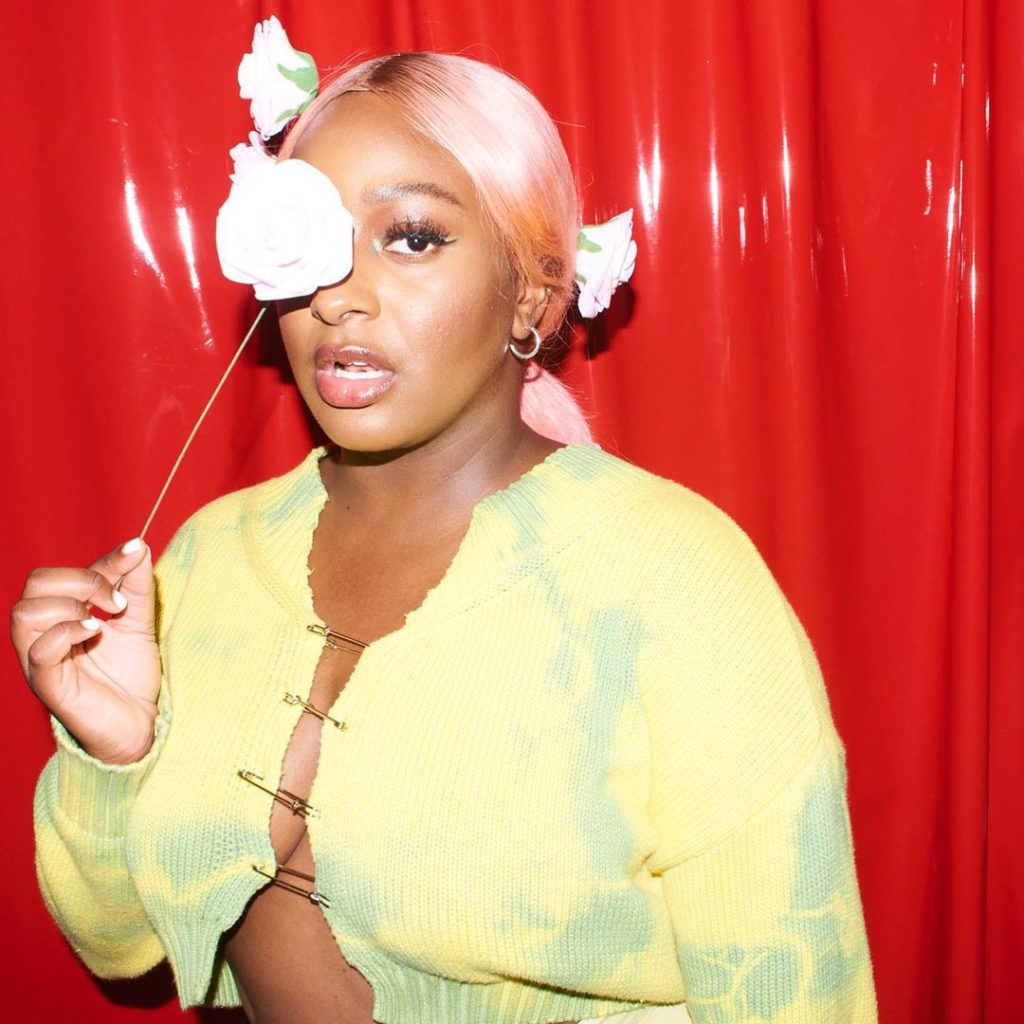 Whilst the single ladies have successfully converted Tiwa’s song, Somebody’s Son to be their anthem, Cuppy is trashing any advice that will help somebody’s son find her one day.

A Twitter user identified as Remi felt he should tell Cuppy why she won’t be able to get a man. According to him, it will be difficult to find a boyfriend because of her status #billionairedaddy. He informed her that her family money will always attract fake love and she will need to go the extra mile to get a man. Hmmm.

Reacting to his tweet, Cuppy once again begged her followers to stop giving or sending her relationship advice. She stated that she is not in need of their unsolicited advice.

In her own words, ‘Not the Unwarranted relationship advice’ 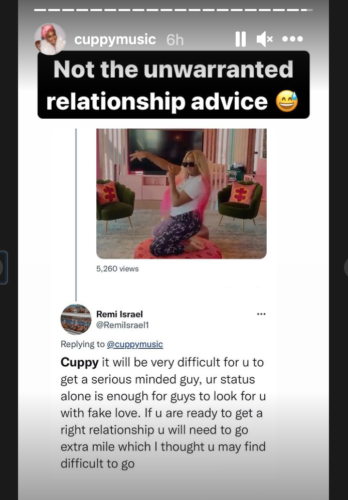