Cuppy Replies A Fashion Police Who Mocked Her Cheap Fashion Sense, Despite Being Rich 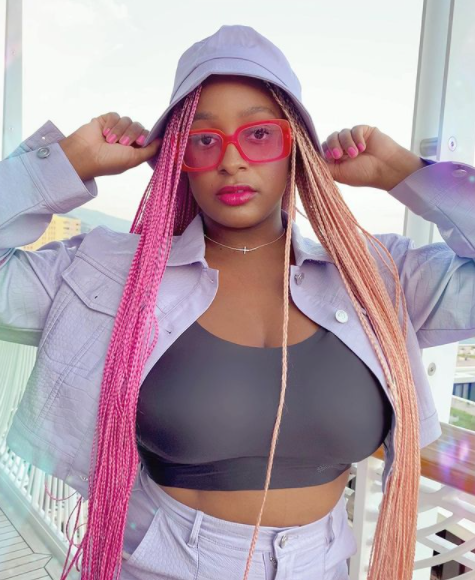 DJ Cuppy took to Twitter to give an epic reply to a user who mocked her fashion sense despite being wealthy.

According to the Twitter user who has been identified as Queen OG, she stated that Cuppy is an example of a wealthy person who lacks a good sense of fashion.

We don’t refer to Cuppy as a controversial Dj for nothing. She wasted no time in reacting to Queen Og’s tweet referring to her as fashion police and asking OG to have her arrested. 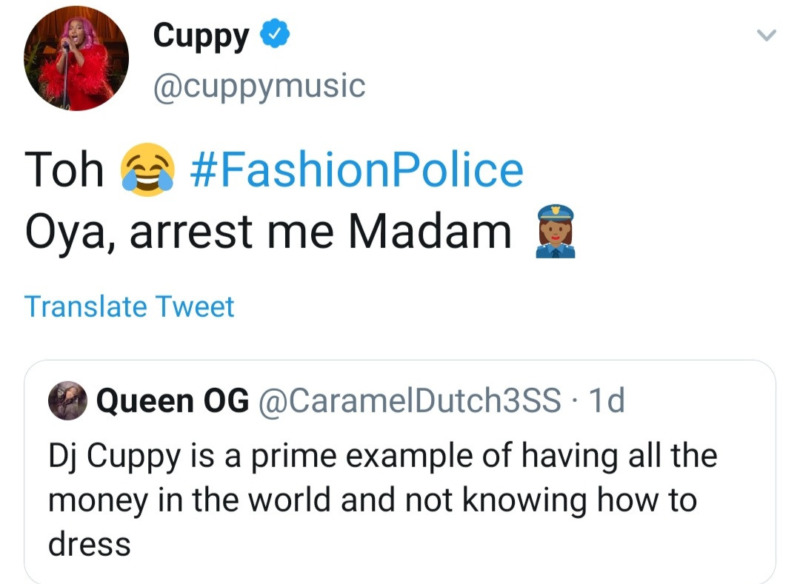