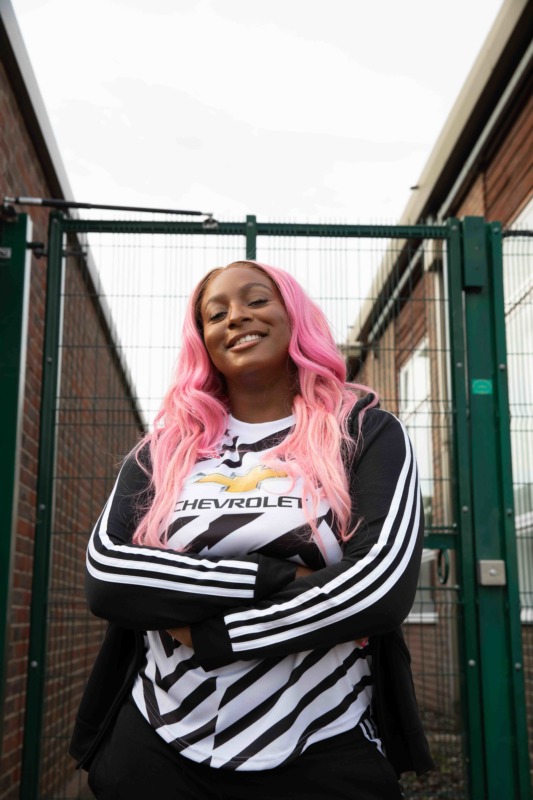 Nigerian Afrobeats sensation, artist and Disc Jockey, Florence Ifeoluwa Otedola globally known as Cuppy is at the center of a colorful campaign to unveil Manchester United’s new third kit to complete the collection of shirts for the new 2020/21 season

The Adidas designed black and white stripped shirt with red detailing is a special kit to mark United’s 110th year of playing at Old Trafford.

Cuppy who switched allegiance to Manchester United from Arsenal in the last season appeared alongside UK rappers, Dutchavelli and Aitch in the Adidas roll out for the new kit.

The campaign video shows Cuppy doing the gwara gwara dance to one of the songs from her new album ‘Original Cuppy’.