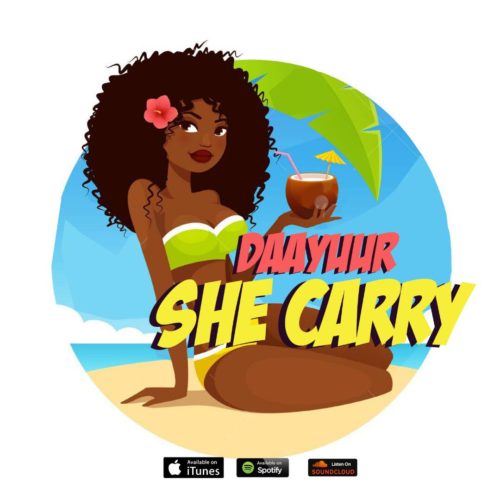 Singer, Songwriter and Live Performer, Daayuur is a Nigerian born international artist specialising in Afrobeats and is known for his distinctive style and vocally gifted voice.

He has toured in a number of countries performing at the Womad festival, London and internationally throughout Ghana, France, Slovakia and Belgium to name but a few. Recently Daayuur has performed alongside many artists including Akon and Wande Coal at the First Direct Arena, Leeds.

Daayuur’s career started when as a child he would sing in his church choir, and has since become a force to be reckoned with being hailed by his fans as uniquely Daayuur producing songs with pulsating beats and catchy lyrics. Stand still if you can!

Listen and Enjoy his new single titled “She Carry” below

Known for his versatility in singing, producing and songwriting, Daayuur drops the stunning visuals to his single ‘She Carry ’.

Directed by Vision Company, the video showcases and highlights the beauty of women in different ways , whilst advocating their, importance and prominence in the lives of every men across the world.