DaBaby Fires Response At Questlove, Says He Was His Dream Performer 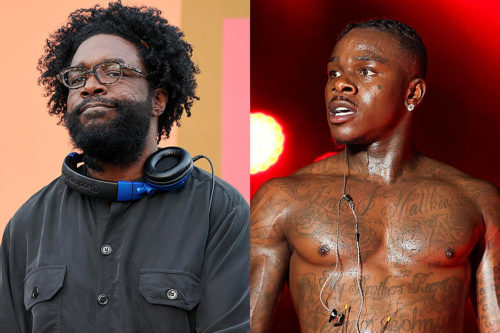 DaBaby has fired a response at American rapper and Disc Jockey, Ahmir Khalib Thompson, better known as Questlove for comment about his homophobic remark.

Over the weekend, DaBaby set off his latest controversy by throwing homophobic hate at the Rolling Loud festival, shaming his gay fans, and spreading harmful misinformation about AIDS and HIV. His homophobic comments have sprung reactions from some celebrities and Questolove joined the list. 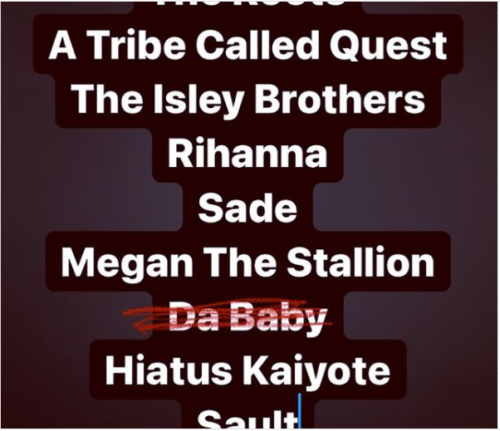 I was hypothetically asked if I was curating an updated version of #SummerOfSoul who would be my acts?

And now I’m updating my list ——because it’s 2021 & fuck the bullshit. I’m especially not here for any savagery (if you’re lost: Google the idiocy of the crossed out). I’m not trine be all performative smurf & create a social flogging or start some click bait headlines. That’s missing the point. But right is right & his actions are wrong. Somebody Gotta say it: Homophobia/Transphobia/Xenophobia/Misogyny/Racism——this should go w/o saying is morally wrong.

& not that fake hiding behind religion holier than thou morally wrong.

But “that was fucked up” & wrong. I had to say something. Again I’m not doing this for “what do you want a cookie bro w your “love ye one another” posts?——-black people already have a code about publicly criticizing so I’ll admit i was slow to do this because I mean he don’t know me from Adam. So this will prolly get marked as “old hater” territory. But man…..that shit was not cool at all.

I dunno man—-maybe I’m turning into a grump: barely said anything about Rih in ‘06 (lemme mind my business), looked the other way w ol bol & that MaGa Hat (he going thru thangs let him work it out)——don’t even get me started on half of my rap heroes damn near becoming f*x news talking points w their russian bot reposts & misinformation on all things facts.

Huey Newton wisely stated in the early 70s that we as a people should NEVER go so low in life (with what we been through) that we start oppressing/terrorizing the next man in the way we been terrorized for centuries.

Y’all got my point. Sorry this came off awkward but y’all get the point. Y’all gonna learn that there are other human beings living in the space you are.

In response to the cancellation, Baby took to his Instagram story and shared the following: 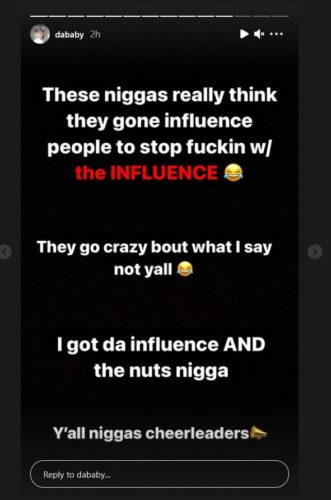 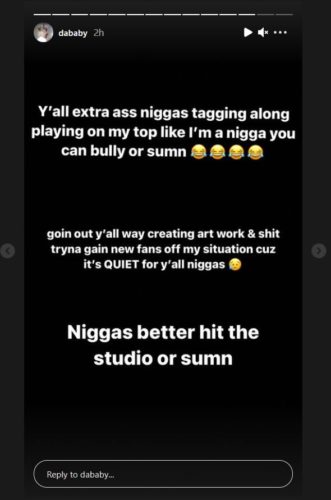 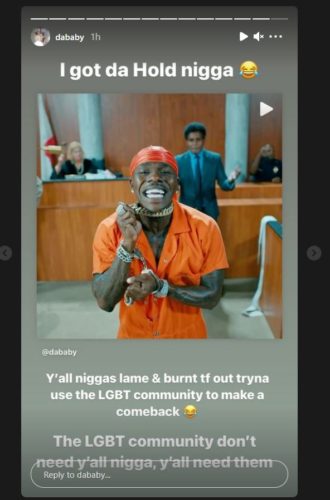 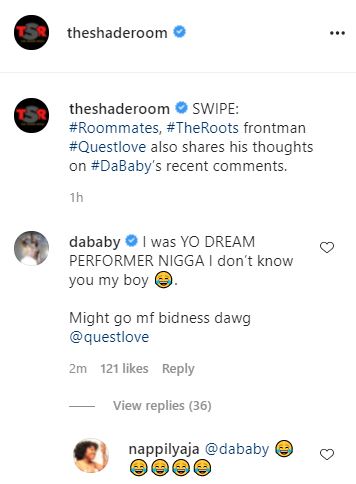