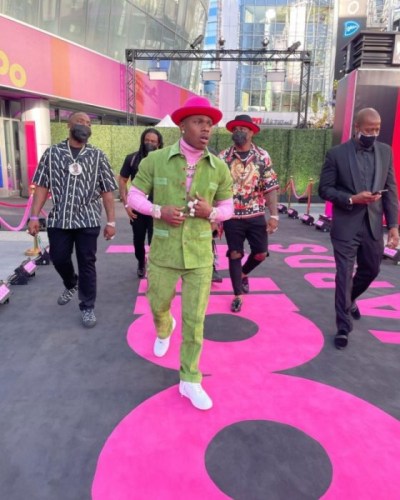 Miami Beach Police Department confirmed on Tuesday afternoon that the 29-year-old rapper, whose real name is Jonathan Lyndale Kirk was questioned and released as part of their investigation into the shooting. This came after his representative did not immediately respond to PEOPLE’s request for clarity.

The police revealed that officers responded to multiple 911 calls at around 11:30 p.m. on Monday, all regarding a shooting near 1st Street and Ocean Drive.

Upon arrival, they found one person shot in the shoulder and another in the leg at the scene, according to authorities. The victims were transported to Jackson Memorial Hospital, where one remains in critical condition and the other was treated and released, police reported.

In a statement on Tuesday, Miami Beach police announced that detectives have two subjects in custody who are responsible for Monday evening’s shooting near 1 Street and Ocean Drive.

“We are incredibly proud of our officers, detectives, and crime scene investigators for their efforts in this complex investigation. Arrest details and subject information will be shared once reports are completed,” the statement read.