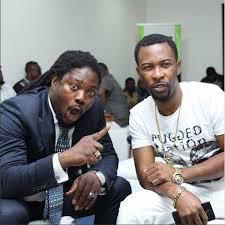 The comments by Blackface on an episode of Loose Talk Podcast has riled up a number of veterans to weigh in on the discussion. Blackface criticized 2Baba for his poor music composition ability and reiterated that his former band mate used some of his compositions without duly crediting him.

These claims by Blackface has sparked the reaction of three respected music acts; 2Baba, Daddy Showkey and Ruggedman. 2Baba who was directed accused by Blackface, has come out to advise his accuser and Eedris Abdulkareem to focus on their music careers, rather than ranting. Daddy Showkey and Ruggedman have also reacted to Blackface’s comments on the podcast, giving him the same advice as 2Baba did. 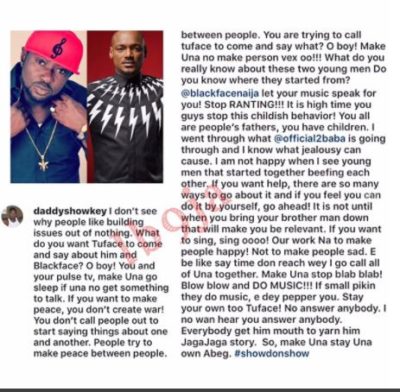 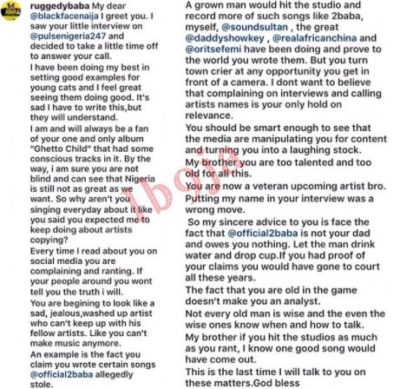