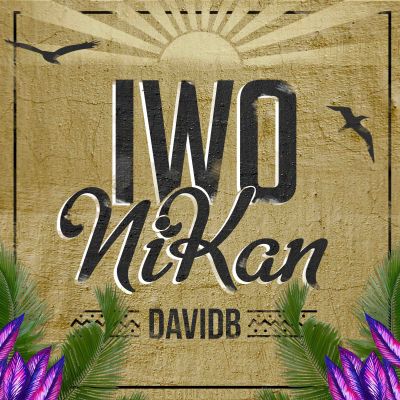 Riding high on the success and critical acclaim of his remix of Tiwa Savage’s classic single ‘Kele Kele’ which was championed and supported by Tiwa Savage herself among other tastemakers, Manchester-based Nigerian R&B/Soul singer, songwriter and musician, and MOBO Award nominee DavidB is proud to debut his brand new single titled ‘Iwo Nikan’.

Written by DavidB and London-based singer-songwriter Fola as part of songwriting duo Pensouls, and produced by Manchester-based Dalet, ‘Iwo Nikan’ is an instantly captivating and infectious Afrobeats love song, led by DavidB’s buttery smooth vocals, excellent melodies and catchy lyrics, all perfectly laced together over a futuristic drums-heavy musical milieu, with Afrobeats sensibilities.

Speaking about the inspiration behind his new single, DavidB says of ‘Iwo Nikan’, “I spent Christmas in Nigeria last year for the first time in a long time… I became obsessed with Afrobeats and got inspired to write my first ever Afrobeats love song. ‘Iwo Nikan’ is simply about appreciating the love of one’s life”. Out now on iTunes, enjoy the new single ‘Iwo Nikan’ from DavidB below.

Watch the lyric video below and cop a download for yourself!