Davido has apologized to social media influencer; Pamilerin, on behalf of his DMW artiste, Peruzzi Vibes after the latter assaulted the influencer at an event in Bayelsa yesterday.

The OBO just few minutes ago took to his Twitter page to tender his apology on behalf of the Vibes machin like he is fondly called by his fans.

Davido who called Peruzzi his brother revealed he was wrong. But also opined that the words Pamilerin used on Peruzzi were too harsh and as a human, it was only normal for the “Majesty” singer to have reacted.

He however agreed, Peruzzi went overboard with his actions.

He wrote; “I apologize to you Pamilerin on behalf of my Brother and Artist, Peruzzi. He was wrong for putting his hands on you but people need to realize that we Artist are human beings and we see everything! You said some harsh words too my brother and sometimes this thing dey pain!” 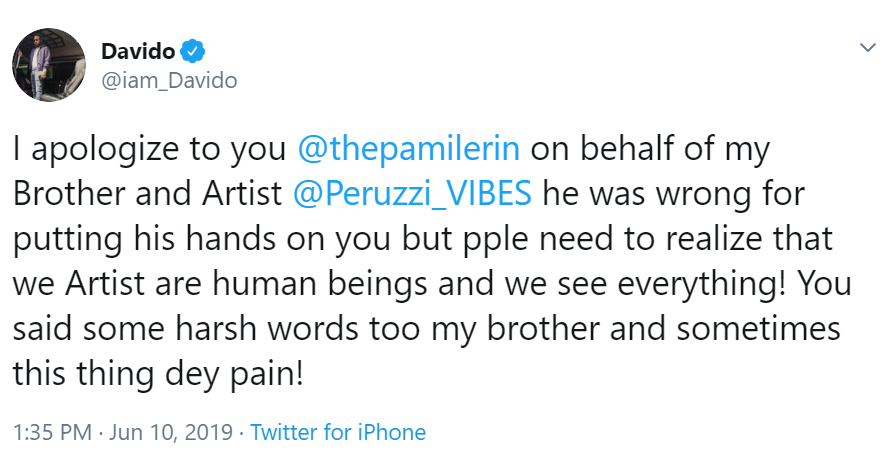