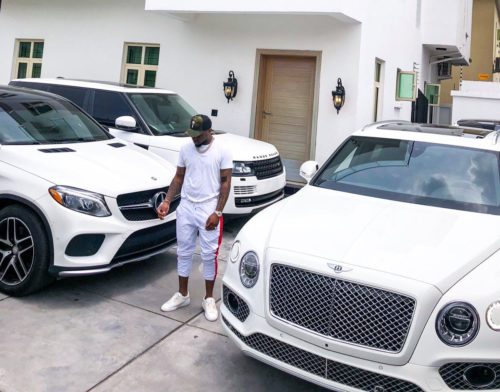 Davido is back again with his philantropic deeds as he puts a huge smile on a fan’s face at his concert in Abuja.

The singer who had his “Davido Live in Concert” in Abuja yesterday while performing and entertaining the crowd had a random fan climb on stage to hug him and show him some love and in return, Davido who values so much the law of reciprocity asked that the fan be given the sum of five hundred thousand naira.

The crowd as expected shouted in awe of his generous action and the show returned to its bubbling self.

Some Call Him OBO, Some Say The Baddest But This December He Can Also Be Addressed As Santa ?
Get your Tix To AGT The Concert Now https://t.co/SpbX10NKUy
& You Just Might Earn A Gift From Santa-Vido too ?? pic.twitter.com/9tu9FVUntm