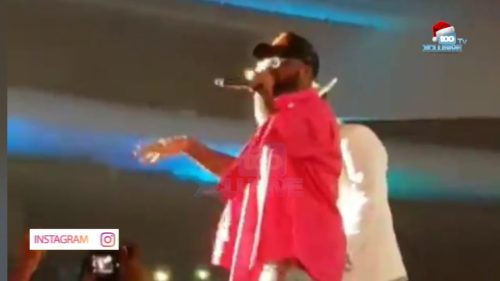 The OBO blessed Kizz Daniel’s concert with an appearance at the Eko Convention Centre in Lagos yesterday.

The superstar singer stormed the stage with some energy, performing “One Ticket” with Kizz Daniel and shutting down the concert.

“Davido Joins Kizz Daniel On Stage For Epic Performance || Watch Video”, 1 out of 5 based on 14 ratings.