Previous: I Am Building My Own City, It Would Have An Airport & Be Completed In The Next 10 Years – Akon Reveals || Watch 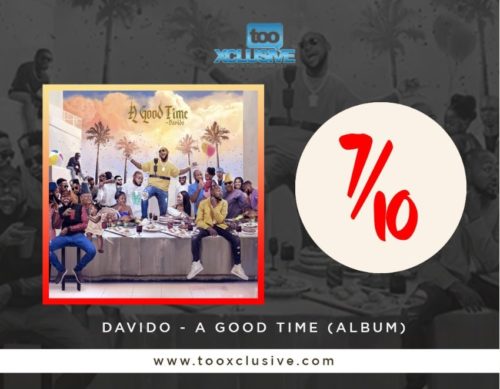 Starting out with more doubters than believers, then turning things around to become the people’s champ is not the easiest success story to own – not even if you have billionaire blood. Davido had to make a hit, then make a habit out of it. That’s how he became a household name on the continent. That’s how he got the BETs and the million-dollar deals. That’s why he’s shuttling Lagos, London, Atlanta, making border-crossing music with Meek Mill, Chris Brown and co.

The rich kid of Afrobeats has had one of the best runs of this era, hitting the red dot on occasions, with records like “Skelewu” and “If” – the latter makes the most notable case of his profound efforts in accepting hired songwriting help as part of the process, essential especially for artists like him whose strength is in their ear for demos with the potential of monster hits – demos from corners across Nigeria which could be blown into anthems at 02 Arena and go on to crack the charts in the US.

In his almost one-decade old career, Davido has put out one studio album (OBO: The Genesis), one EP (Son of Mercy), while relying heavily on singles, collaborations, and a large lifestyle in building his star power. We have watched the famous heir to the Adeleke Dynasty grow from a big-talking rich kid into a proud family man, while using his superpowers to build a legacy – these superpowers are his billions and his big heart. It’s in this process of maturing that Davido finally feels in the mood for a sophomore album which he titles “A Good Time.”

Davido, on the “Intro”, is a different man – different from his braggadocios self on records like “FALL”, different from the precocious person on his debut’s opener, “All of You”, where he placed himself in top tier before actually arriving there. Here, however, he is a philosophical singer with progressive views. “New broom go sweep better. E tan abela si ijoba wa, from umbrella to the broom…” is the short story of Nigeria’s failed political evolution from the opposing side of the political class. The contrast in the openers of his two album is the earliest and clearest evidence of his admirable maturing over time. What an opener!

Since the start of the episode with Chioma, Davido’s leanings towards the subject of love has become increasingly evident – look at the pattern of songs like “Assurance”, “Flora My Flawa” and, more recently, “Risky.” The blossoming relationship of the couple continues to occupy the heart of Davido’s music as we see on ”One Milli”- another delightful Chioma serenade with cultural sonics that makes it fitting for flamboyant Yoruba weddings with a crowded dance floor, flooded with fallen naira notes, and premium jollof packs waiting to be feasted on – sounds like scenes of #Assurance2020 to me.

The good time promised? “Disturbance” feels like it. Davido-Peruzzi shares semblance with the Banky-Wizkid pairing of EME at it’s prime. The DMW duo serve the synth-sweetened sound that has sort of become Peruzzi’s specialty. You wanna know the best part? It’s the middle song titled ”Sweet in the Middle” – that’s some A&R wittiness if you ask me. Wurld, Naira Marley exist in separate worlds but Davido ingeniously unites them, along with Zlatan to create what’s essentially rhythm, Zanku and blues – NM is almost in suit and tie for this one, interestingly.

You can almost hear Davido saying “how is this for a foreign feel?” at the end of ”D&G.” The Kiddominant-produced record is supposed to be the international music community’s delight but OBO’s big energy and Summer Walker’s sultry singing doesn’t feel so Drake-Rihanna, or even Wizkid-Justin Skye for that matter. Davido’s other efforts to make international market-ready materials stays on the mid mark at best. The resonance and timing of Green Light Riddim’s theme is however insightful. For all the promise that the “Big Picture” holds, Dremo’s shine is all we get.

Motolani Alake is right – the beauty of the album is in its sonic cohesion and, like Pitchfork published, this is the first time he’s been able to translate the vision of his sound into anything resembling a complete album. In comparison, A Good Time tops the experimental SFTOS in this regard, but African Giant is a more lyrically worked project. Davido is having the time of his life – he’s getting married the love of his life and he gets to have whatever he chooses. This experience is made into music on “A Good Time”, giving his fans something to enjoy.