Davido Reacts As Nengi Beats Erica At The Gage’s Award 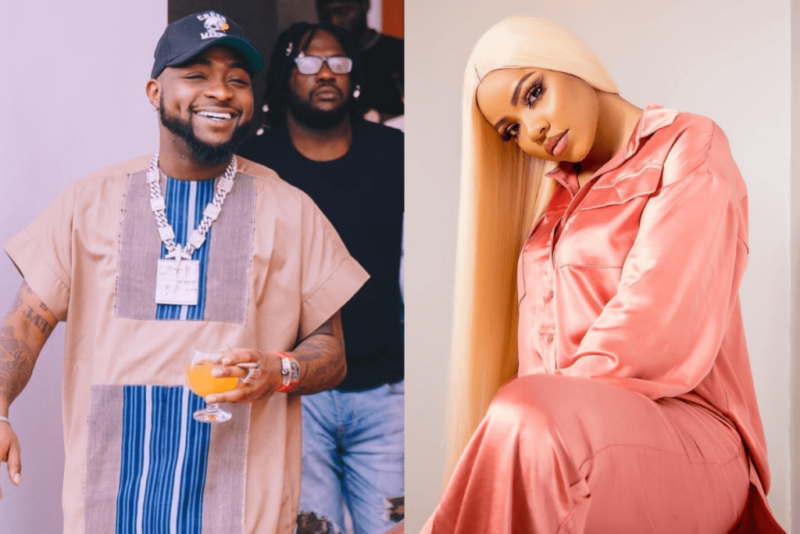 The 2nd runner-up of the Big Brother Naija reality show was nominated alongside her fellow housemate, Erica, and three others for the prestigious award.

For fans who have following these celebrities, you will know that Erica and Nengi have been silently competing for who is more successful and has better endorsements. Their fan clubs, Elites, and Ninjas also fueled the beef by the unnecessary comparison between the two.

However, the ex-beauty queen and CEO knocked off her competition, Erica, and was awarded the Gage’s Online Influencer of the year.

Nengi excitedly took to social media to share the good news with her Ninja squad and fans. Congratulatory messages flew in from different angles, but the one that got our attention was Davido’s.

Reacting to Nengi’s news, Davido went under the comment section to express his happiness and congratulated Nengi on her big win. 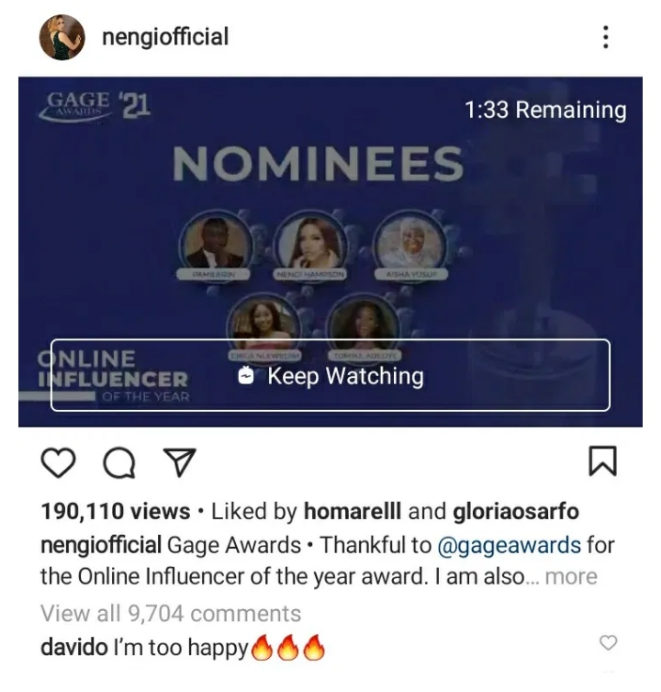 Recall how the news of Davido dating the Nengi created a big buzz on social media. The news was in relation to Nengi’s appearance in Jowo’s video as a vixen.