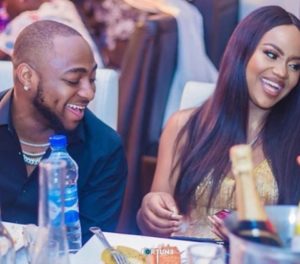 Singer, Davido took to Instagram to gush about his girlfriend, Chioma. The singer dedicated a post to her, referring to her the love of his life.

Davido and Chioma’s love story is perhaps the most symbolic love story in the music industry in recent times. Their romance has inspired several others to seek and find true love. Their love story also inspired one of the biggest songs of the year – Assurance. It is generally believed that Davido has found the love of his life.

The singer himself believes that Chioma is the love of his life, as he stated in his Instagram post. In the post, he suggested that he is already planning to take their love to a higher level. He wrote, “The Love of my life !! Can’t wait to spend forever with you ????“, and it has been taken as signs that Davido is planning to get married to Chioma.