Davido Reveals Why “Fall” Is Becoming Bigger Than His Smash Hit; “If” || Watch Video 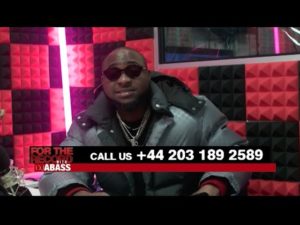 Davido was caught up in an interview with popular UK on-air personality, DJ Abass, ahead of his 02 Arena show coming up on the 27th of January in London where he spoke about his experience in the hands of Sony and what he feels about his two 2017 hit singles; “If” & “Fall.”

The music superstar was quizzed by Abass on his Sony deal and he responded that he is willing to renegotiate his contract. He also talked about the challenges he faced in 2016 regarding the deal and also how Tekno persuaded him to working on “If.”

Watch the video below to hear more from the OBO: