Previous: Ubi Franklin Shares How His Friend Got Kicked Out Of Ikoyi Registry Because of His ‘Boma’ Hairstyle
By Chiamaka | Sep 29, 2021 | 13:26 - Leave A Comment 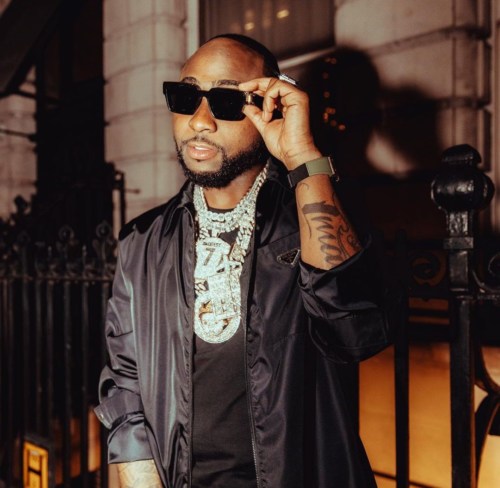 Davido has shared a video of veteran juju musician, King Sunny Ade and his late wife, Hon. Risikat Ajoke Adegeye dancing to some of his hit songs.

In the video, King Sunny Ade and his wife were seen dancing with friends and family at her last birthday party. The Disc Jockey was asked to play some of her favorite songs which were mainly songs from OBO. Some of his hit songs that made her fave list are; Aye, Skelewu and Caro.  Tiwa Savage and Don Jazzy’s song, Eminado also found itself on the list

By reposting the video on his IG, Davido paid tribute to Hon. Risikat, who died a day before her husband’s 75th birthday after battling an unknowing illness. 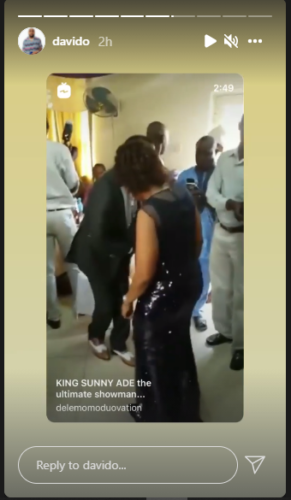