Previous: Watch Cardi B Spray Millions Of Naira On Naked Girls At Strippers’ Club In Lagos
By Taiwo Oluwafemi | Dec 7, 2019 | 13:50 - Leave A Comment 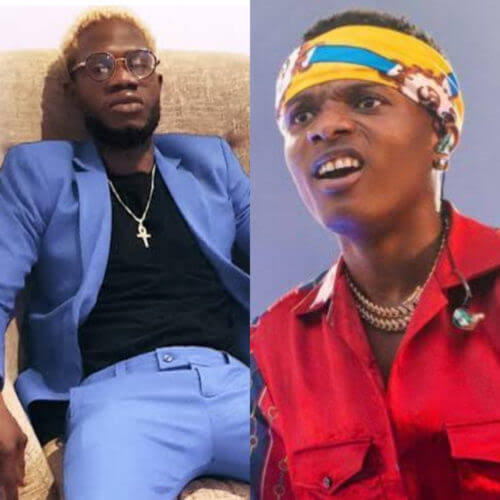 The producer who now seems not to be in a good relationship with Wizkid after a successful working relationship last year, took to his Twitter account to condemn the album. He compared the E.P to Davido’s “A Good Time,” Burna Boy’s “African Giant” and Rema’s “Rema” albums and he opines that all these are better than the E.P Wizkid just dropped.

He wrote; “A Good Time,” “AFRICAN GIANT,” REMA’s first E.p All>>>>> SoundMan. Argue with your conscience. The gods have spoken!”

If his opinion is coming from an objective mind is something that would be really hard to believe due to the bad-blood between himself and the Starboy. However, he already said what he said and it remains his opinion,whether objective or sentimental.

AgoodTime,AFRICANGIANT, REMA’s first E.p All>>>>> SoundMan. Argue with your conscience ? . the gods have spoken!

Nifemi is a graduate of the University of Lagos. He's a unique user of the pen when it comes to the expression of whatever. He is editor-in-chief of the organization and also a writer of news, articles, editorials and a lot more to help expand the level of knowledge of the readers and simultaneously have them entertained. A lover of music and football is who he is and a Man Utd die-hard.
Submit your comment
18 total pingbacks on this post