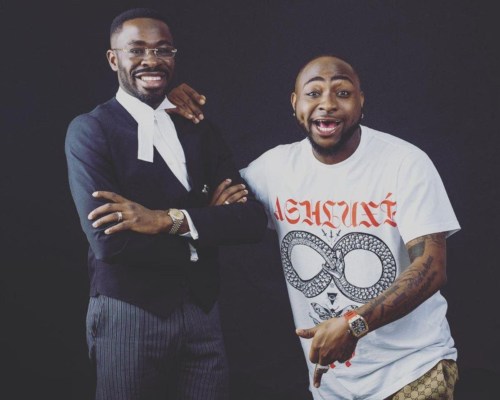 Yesterday, Davido and Angel founded themselves on Twitter trends table after a video of them dancing and smoking surfaced online. As seen in the harmless video, the duo were just having fun and giving fans ‘Anoti’ vibes.

However, the video didn’t excite Netizens, especially 30BG  who wasted no time in dragging them, especially Angel. They accused her of trying to ‘sell her market’ and  also fighting for a spot on Davido’s baby mama gang.

Davido’s manager, Asa Asika and his lawyer, Prince weren’t spared either. 30Bg are demanding that Davido to fire them, especially his lawyer for making Davido accessible to everyone. They also dragged Prince for bringing Angel to Davido’s house and warned him never to repeat such a mistake again.

Read their comments below; 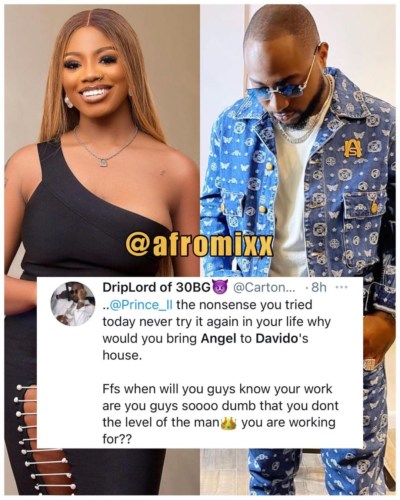 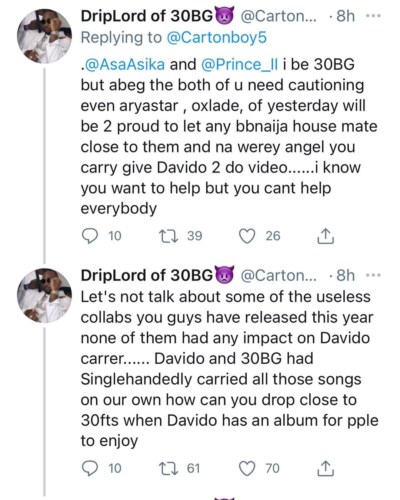 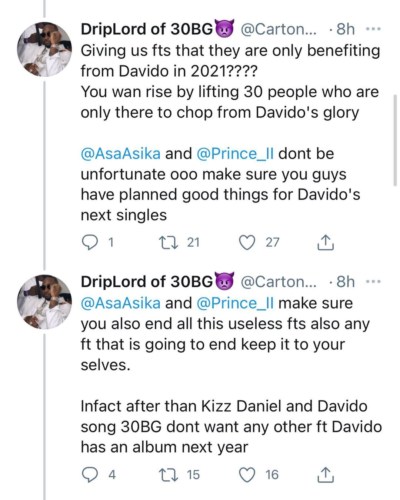 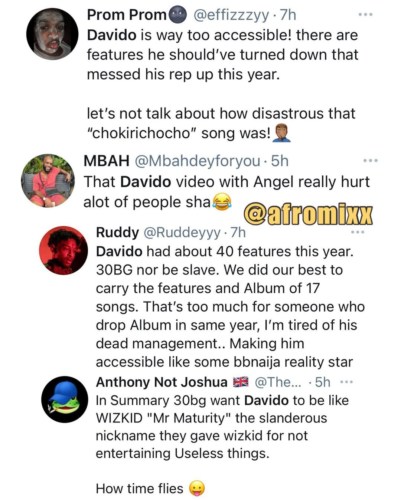 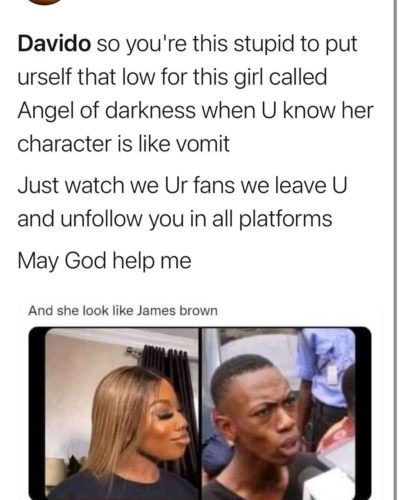